A lack of federal funding for elderly healthcare could cause a nursing home abuse epidemic in San Clemente and across the country, a recent article in The New York Times suggests. While a vote on the Senate health care bill has been delayed, even an amended version of the bill that includes drastic cuts to Medicaid could have serious and even deadly consequences for seniors living in nursing homes and assisted-living facilities. As the article contends, if such a bill passes, introducing “Trumpcare” to California and to the rest of the country, it “is certain to produce drastic upheaval in the landscape of long-term care.” Medicaid is currently “by far the largest source of funding for nursing home stays,” providing the funding for almost two-thirds of all nursing home residents.

If funding ceases, the quality of care is likely to decline, as well. Such a cut to Medicaid would result, at best, in a rise in nursing home neglect cases, the article argues. Could changes to Medicaid funding really produce such damage to elderly nursing home residents’ care?

END_OF_DOCUMENT_TOKEN_TO_BE_REPLACED END_OF_DOCUMENT_TOKEN_TO_BE_REPLACED

History of the Star Rating System mers in the way it claims. How did this rating system rise to prominence, and why are so many Americans willing to trust it without additional investigation?

According to the article, the five-star rating system began in 2007, when Oregon Senator Ron Wyden posed the following question at a congressional hearing: why is it easier to shop for washing machines than to select a nursing home? Two years later, Medicare officials developed the  star rating system, “a move that was applauded by consumer groups, who hope that more transparency would lead to greater accountability.”

END_OF_DOCUMENT_TOKEN_TO_BE_REPLACED

Last week, we discussed a recent phenomenon in the hospice care industry that’s quickly becoming an elder abuse concern. Specifically, hospice—a form of care designed to allow “patients to die at home or in other familiar surroundings,” according to an article in the Washington Post—has turned into a financially lucrative business. But is it an ethical one? Are hospice companies acting outside the boundaries of the law? And is it possible to take legal action against hospice chains that recruit patients who aren’t suffering from a terminal illness?

First, it’s important to have a clear idea about why hospices are bringing in relatively healthy older adults, and how these companies are profiting from non-terminal patients. How did this start to happen? In short, many hospice care centers have begun recruiting patients with aggressive marketing tactics, and many of those patients aren’t terminal. It’s in the financial interest of a hospice chain to “find patients well before death,” the Washington Post reported. And the reason is simple: “Medicare pays a hospice about $150 a day per patient for routine care, regardless of whether the company sends a nurse or any other worker out that day. That means healthier patients, who generally need less help and live longer, yield more profits.”

END_OF_DOCUMENT_TOKEN_TO_BE_REPLACED 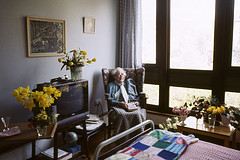 END_OF_DOCUMENT_TOKEN_TO_BE_REPLACED

A Northern Kentucky nursing home just reached an agreement with the U.S. Attorney’s office to pay a substantial settlement for false Medicare and Medicaid claims filed over the past decade. While this case concerns a nursing facility in Kentucky, it may have a significant impact on nationwide lawsuits under the False Claims Act (FCA) and nursing home issues in California.

According to a local ABC News article, the settlement requires that the owners of the health care facility pay the U.S. Government $350,000 in damages and that they retain an independent compliance consultant to ensure that these crimes are not repeated in the future. Lexington’s local news station, WTVQ, reported that this case represents the first lawsuit in Kentucky accusing a nursing home of violating the FCA by defrauding Medicaid and Medicare.

What is the False Claims Act and How Does it Relate to Nursing Home Abuse?

END_OF_DOCUMENT_TOKEN_TO_BE_REPLACED

The New York Times is out with an article about lack of oversight given to the more than 400 long-term acute care hospitals that operate in the United States. These hospitals, most of which operate as for-profit organizations, are supposed to provide care for individuals that are too sick for traditional nursing homes, but too stable to require regular hospitalization. According to the article, long-term care hospitals were much more likely to be cited for serious violations of Medicare rules than regular hospitals, and had a higher incidence of bedsores and infections.

While the care might be questionable, the no one will question the profitability of these health care providers. In 2007, the profit-margins on long-term care hospitals was 6 percent on Medicare patients, which regular acute-care hospitals lost an average of 6 percent on Medicare patients. How does that happen? In a presentation last month by Select Medical, an owner of several long-term care hospitals, to its investors, it revealed that it maintains its profits by monitoring staffing and lowering supply costs.

Those of us who represent victims of neglect in long-term care facilities know that “monitoring staffing” is another way of saying that it keeps staffing levels at the lowest numbers allowable by law. That usually means a lower quality of care. As for Select Medical, this approach is victimizing patients.

END_OF_DOCUMENT_TOKEN_TO_BE_REPLACED

As America’s elderly population continues to explode (it will double by 2030), an important question that has received little attention in the national healthcare debate is how the U.S. will be able to deal with 78 million aging baby boomers. Those of us who practice elder abuse and neglect law regularly see the costs associated with long term care, and let me tell you, it ain’t cheap.

For many nursing home residents the story goes like this: there is an event that causes them to be hospitalized, whether it’s an injury such as a fractured hip, or an illness. It is determined that after the hospitalization, nursing home rehabilitation is in order. The hospitalization and the first 100 days of nursing home care will generally be covered by Medicare. When the 100 days is up, and the person is determined to be too frail to return home, the financial obligation falls upon the resident, or his or her family. At $5,000 – $10,000 per month, this can quickly be financially devastating. If there is no money, or the resident’s spends it all in the first months of care, they are typically qualified for Medi-Cal, and the taxpayers foot the rest of the bill, even if the patient spends the next five years in the nursing home.

This article at NewAmericanMedia.org addresses this very question.

END_OF_DOCUMENT_TOKEN_TO_BE_REPLACED

Most plaintiff attorneys who represent elderly injury victims have a nightmare story in dealing with the Medicare Secondary Payer Act. The Act requires any Medicare beneficiary who is injured by a third-party, and then collects money from that third-party, to reimburse Medicare for the money it paid to treat the injured party. Understandable, right? But for most of the injury victims (and their attorneys) the error-prone and painfully slow service provided by the Medicare contractor can cause even the most calm and unexcitable person to pull their hair out.

Mother Jones is out with an article that thoroughly explains this frustrating process (Medicare’s Repo Man). The article explains how, in 2006, the various Medicare collection agencies were consolidated into one massive agency, then, under a law that permitted granting no-bid contracts to Native American corporations, awarded the collection contract to the Chickasaw Nation Industries. In the effort to step up collection efforts, however, the confusion and inefficiencies have just gotten worse.

Part of the problem is that for many years, Medicare had no systematic way of learning when someone got a settlement or judgment, making its collection efforts hit or miss. For a while, the agency tried to lean on plaintiff lawyers, threatening to sue them if they turned over settlement or insurance money to their clients before paying any Medicare liens. In many cases, though, courts sided with the lawyers who argued that Medicare was exceeding its authority. The issue was headed to the Supreme Court, but in 2003, Congress passed the Medicare drug benefit and included a small provision that officially put the onus on lawyers to make sure Medicare got its money.

END_OF_DOCUMENT_TOKEN_TO_BE_REPLACED
What Our Clients Say:
“From our first phone conversation, Mr. Walton provided a sincere interest in our case. My mother had suffered both abuse and neglect while in the care of a nursing facility, ultimately resulting in her death. My family and I would highly recommend Randy Walton.★★★★★- Judy S., San Diego -
"Walton Law Firm was amazing. Very professional, but personal. Having a lawyer to make sure that everything is taken care of removed so much stress."★★★★★- Wayne G., Encinitas -
"After my husband was killed in a motorcycle accident, Randy was there from the moment I first called."★★★★★- Suzanne S., Escondido -
"Calling Randy was the best decision I could have made. He got me an excellent settlement that covered all my medical bills and put a sizable chunk of money in my pocket."★★★★★- Erik S., San Marcos -
"Truly as good as it gets, if not beyond great, for Randy Walton and his paralegal Sarah Earnest. He and she are both incredibly dedicated to what they do and I never felt I couldn't trust him."★★★★★- Natalie T., Lake Elsinore -
"Randy is a great lawyer and a better person. He went above and beyond the call of duty to reach a settlement in my case. He believed in my case when no one else did."★★★★★- David C., San Diego -
Contact Us
free consultation 760.571.5500