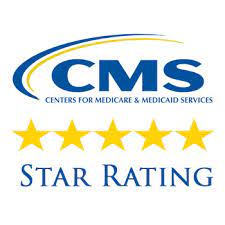 Brookdale Senior Living, which is the country’s largest chain of senior living communities, is being sued by California prosecutors on the grounds of manipulating the Medicare nursing home ratings system. Becker’s Hospital Review recently published an article highlighting some details of the case. This federal ratings system assigns stars from one (being the worst) to five (being the best) to over 15,000 nursing homes nationwide. The system uses data submitted by nursing homes themselves, to assign stars. Prosecutors are claiming that Brookdale submitted false information in order to win a higher star rating, including exaggerating the number of hours that registered nurses work. This higher rating likely encouraged folks to choose Brookdale, making the chain of homes more money than they would have otherwise. The chain is also being accused of illegally evicting or transferring residents in order to make space for other residents that would bring in more money for the home.

These tactics used by Brookdale Senior Living highlight the manipulative, and often deceptive nature of large for-profit nursing homes and assisted living facilities in the US. The allegations against Brookdale follow a recent Times investigation that found many nursing homes have taken advantage of the starred system to achieve high ratings on false pretenses, leaving issues of care quality not addressed.  These allegations are clearly an exaggerated example of some of the wrongdoings that typical nursing homes perform, yet a good reminder of the lengths that homes will go to if their powers are left unchecked. If you feel that a loved one has been subject to negligence or other wrongdoings regarding elderly care at a nursing home or assisted living facility, contact Walton Law Firm today to speak with an elder abuse attorney.