Profiting from Bad Hospice Ethics
Last week, we discussed a recent phenomenon in the hospice care industry that’s quickly becoming an elder abuse concern. Specifically, hospice—a form of care designed to allow “patients to die at home or in other familiar surroundings,” according to an article in the Washington Post—has turned into a financially lucrative business. But is it an ethical one? Are hospice companies acting outside the boundaries of the law? And is it possible to take legal action against hospice chains that recruit patients who aren’t suffering from a terminal illness? 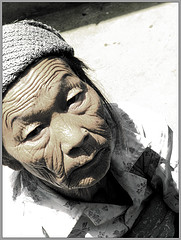 First, it’s important to have a clear idea about why hospices are bringing in relatively healthy older adults, and how these companies are profiting from non-terminal patients. How did this start to happen? In short, many hospice care centers have begun recruiting patients with aggressive marketing tactics, and many of those patients aren’t terminal. It’s in the financial interest of a hospice chain to “find patients well before death,” the Washington Post reported. And the reason is simple: “Medicare pays a hospice about $150 a day per patient for routine care, regardless of whether the company sends a nurse or any other worker out that day. That means healthier patients, who generally need less help and live longer, yield more profits.”

In an earlier post on hospice misuse, we suggested that one of the key problems with this new form of hospice care is that it’s draining Medicare funds. But more significantly, we also made clear that recruiting healthier patients in order to make a profit might in fact be grounds for a strong lawsuit.

When non-terminal hospice patients don’t receive adequate care or receive treatment they don’t need, those patients and their families may be eligible for financial compensation. Out of the ten largest hospice companies in the country, four have been sued by whistleblowers. The allegations say that these hospice companies “took in people who weren’t in declining health,” and as a result, those patients “were receiving care they didn’t need,” according to the Washington Post. The facts of most of these claims are straightforward.

One lawyer in Alabama who has been responsible for filing several of these lawsuits has described the issues at stake succinctly. “The root of the problem,” he explained, “is that a company profits when it admits patients who aren’t dying, and it is the hospice itself that helps determine whether a patient is dying.”

In order to be eligible for hospice care, two doctors must independently certify a patient for this specific type of care intended for people with terminal illnesses. This acts as a check against hospice companies that might bring in healthy older adults just to make a quick profit. Yet this system of checks dissipates after a patient has been admitted to hospice care. Hospice patients “must periodically be reapproved,” the Washington Post article explained. But hospice physicians—who work for hospice companies interested in making—usually are the ones who reapprove these patients.

What can be done? If you have an elderly loved one who is in hospice care but isn’t terminally ill, you may be able to file a claim for compensation. Has your loved one received the care she needs? Has she received improper care since she’s not actually in declining health? These are the precise issues that whistleblowers have raised in previous lawsuits, and hospice companies out to make a profit in California should be held responsible for resulting harms.

An experienced California elder law attorney can discuss your case with you. Contact the Walton Law Firm today to learn more about filing a claim for financial compensation.