In California, people who are in need of custodial care, whether it’s due to age or some other disability, often seek out care homes licensed by the State of California. To be licensed, a home or facility must follow stringent state regulations that cover all aspects of care and safety, including in the event of fire. 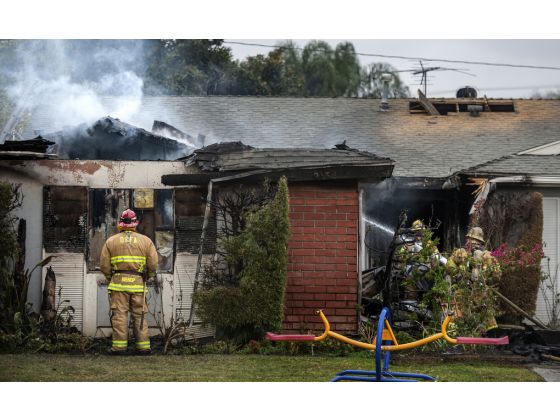 During the early hours of this morning, a fire broke out a Mary’s Home in Santa Ana, a residential care facility for the developmentally disabled. According to reports, a caregiver was making breakfast when a smoke alarm was first heard. Outside, a neighbor also heard the alarm and saw smoke, and ran to a window and saw flames and a mattress on fire. Within seconds the room was engulfed in flames and several people were trapped inside.

Orange County firefighters responded quickly to the blaze, but not soon enough to save the lives of two disabled women who apparently died in their respective bedrooms. A 71-year-old caregiver was seriously injured in the fire, but expected to survive. The house was home to six disabled women in their 30s through 60s.

END_OF_DOCUMENT_TOKEN_TO_BE_REPLACED

How Did This Abuse Happen?

END_OF_DOCUMENT_TOKEN_TO_BE_REPLACED

A Californian family was running a non-authorized elder residency in their own home. According to the Examiner, police found this house and its residents last week in a ghastly state. 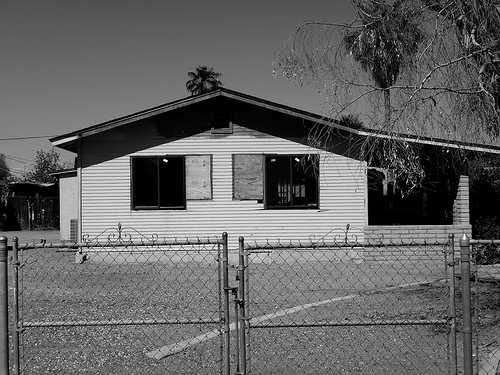 Having run an unlicensed nursing home, members of this San Jose family now face felony charges for the neglect of a dozen mentally disabled adults. Authorities reported atrocious living conditions, including rotten food, no running water, and defecated floors from untrained dogs. Moreover, Santa Clara County police say that the elderly residents were malnourished, beaten, bathed only once a month, and forbidden to use toilet paper. This monstrous event is sadly one many nursing home abuse cases that California has seen in the past year.
As prosecutor Charles Huang stated, “These incredibly vulnerable people were treated worse than the animals that were rescued. We are hoping anyone else who has relatives in this home will contact us as soon as possible.”
In late May, the relatives of one of the male residents alerted local police when they were barred from visiting their loved one; instead, these so-called supervisors told the relative that he did not live there. Upon investigation, police were able to enter the home, finding locks on the refrigerator and uncleaned floors and countertops. They discovered the residence was in a repulsive and practically unlivable condition. Authorities swiftly removed the patients from the house into protective custody. In addition, an astounding twenty-five dogs were also taken by animal control. Most of the residents of the home suffer from schizophrenia and other severe disorders, officials say. These poor individuals confessed to investigators that they were kept in small rooms virtually all day. Also, they said that their clothes were washed once a month—on the day they were allowed to see a doctor.
Only to add insult to injury, the victims also reported that the five suspects sequestered their Social Security checks.

Last week, prosecutors filed charges against Kathy Le, 41, George Dac Nguyen, 72, Jennifer Ngo, 63, Charles Nguyen, 25, and Margaret Ngo, 27. This sordid collection of family is being charged with dependent adult abuse and animal neglect. They were arrested by San Jose police on Monday and are currently out on bail. The arraignment for these five suspects is scheduled for July 16. If convicted of all counts, they will face up to eighteen years in state prison.

Horrific cases like these are one of the many reasons that our San Diego nursing home abuse attorneys advocate to thoroughly examine and analyze potential nursing or rest homes. Search through multiple residences, visit such facilities, and reference outside or third party sources. Insuring that you or your loved one is guaranteed a secure and comforting environment is pivotal. Of course, San Diego nursing home abuse is nothing to waver on. If you feel that there is mistreatment in regards to you or anyone you know, do not hesitate to contact us. We have the experience and care to help you manage this arduous and painful process.

END_OF_DOCUMENT_TOKEN_TO_BE_REPLACED

A Northern California nursing home is claiming that the local hospital, Mercy Medical Center, killed one of its residents. According to news accounts, 74-year-old Robert Nelson, a developmentally disabled adult residing in skilled nursing facility Shasta House, was taken to Mercy in December for “digestive problems.” Nelson used a feeding tube for nourishment, and could not take any food by mouth. The nursing home said that the hospital was informed of this.

Visitors to Nelson at the hospital, however, said they caught hospital staff trying to feed Nelson by mouth on several occasions, including attempts to administer pills by mouth. The attempts continued, allegedly, even after warnings were given to hospital staff.

Not long after his admission for the digestive problems, Nelson came down with aspiration pneumonia, an inflammation of the lungs and airways, usually caused by the breathing of foreign material such as food. People with swallowing difficulties are at risk of acquiring aspiration pneumonia, but Nelson should not have been as his condition required no food by mouth.

END_OF_DOCUMENT_TOKEN_TO_BE_REPLACED

A former aide at a home for the disabled has been arrested and charged with molesting two female residents. Curtis Cortez, age 59, is being held on $100,000 bail after his arrest, and is expected to be charged with seven felony counts of lewd and lascivious actions by a caretaker upon a dependent person.

From news accounts, it appears the man has confessed his crimes to police, at least partially. When police confronted Curtis about the allegations, he offered a “Hawaiian defense.” He told authorities that he gave frequent hugs to people because it was part of his Hawaiian culture. He then volunteered that he was having problems with his girlfriend, and that he did touch one of the disabled woman’s breasts and genitals.

From a civil liability standpoint it is an interesting case. Curtis himself would obviously be liable for sexual assault and battery, but probably unable to pay a civil judgment. The question is, would the home be liable? Generally speaking, an employer is not liable for the intentional criminal acts of its employees, unless the acts were engendered by, or arose out, the employee’s duties. This one would be a close call.

END_OF_DOCUMENT_TOKEN_TO_BE_REPLACED

About four years ago I had a very interesting case involving the death of a developmentally disabled adult in a San Bernardino care facility. In my case, the thirty-year old severely disabled man was found barely breathing on the floor next to his bed just after midnight. Medics were called, and tried to sustain his life, but sadly the man died. Staff and the family presumed it was a heart attack, since the decedent was very obese and had a history of some heart problems.

An autopsy, however, showed a different case of death. The medical examiner ruled the death a homicide, finding that the man died from blunt force trauma to his abdomen. The next question for use was Who did it?

Through the discovery process in a lawsuit we filed against the facility, we believed the death was caused by either a disgruntled employee, who was tired and angry at the resident for the demands he made on staff time, or an autistic room mate (who could not speak), who accidentally kicked the decedent in an act of self-defense. The case settled before trial, so those questions were never fully answered.

END_OF_DOCUMENT_TOKEN_TO_BE_REPLACED
What Our Clients Say:
“From our first phone conversation, Mr. Walton provided a sincere interest in our case. My mother had suffered both abuse and neglect while in the care of a nursing facility, ultimately resulting in her death. My family and I would highly recommend Randy Walton.★★★★★- Judy S., San Diego -
"Walton Law Firm was amazing. Very professional, but personal. Having a lawyer to make sure that everything is taken care of removed so much stress."★★★★★- Wayne G., Encinitas -
"After my husband was killed in a motorcycle accident, Randy was there from the moment I first called."★★★★★- Suzanne S., Escondido -
"Calling Randy was the best decision I could have made. He got me an excellent settlement that covered all my medical bills and put a sizable chunk of money in my pocket."★★★★★- Erik S., San Marcos -
"Truly as good as it gets, if not beyond great, for Randy Walton and his paralegal Sarah Earnest. He and she are both incredibly dedicated to what they do and I never felt I couldn't trust him."★★★★★- Natalie T., Lake Elsinore -
"Randy is a great lawyer and a better person. He went above and beyond the call of duty to reach a settlement in my case. He believed in my case when no one else did."★★★★★- David C., San Diego -
Contact Us
free consultation 760.571.5500