Sometimes we forget that nursing home abuse isn’t always physical, and it may not be obvious. Particularly with older adults, abuse can be verbal, and it can wound seniors both emotionally and psychologically. A recent study conducted by researchers at Northeastern University emphasized that older adults typically aren’t openly willing to discuss their experiences with abuse, so the study provided elderly participants with more privacy when responding to questions about mental and physical anguish. According to an article in the New York Times, the study revealed that more than one-third of seniors have suffered physical abuse, usually at the hands of their caregivers. 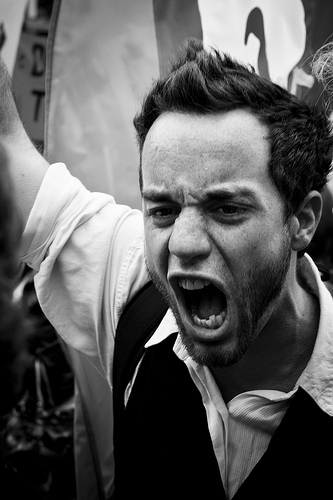 It’s no secret that elder abuse and neglect is a serious issue in California and throughout the country. Indeed, over the past few months we’ve mentioned that PBS Frontline and other national news outlets, as well as our own local U-T San Diego, have attempted to raise awareness about nursing home abuse and its serious consequences. Are you concerned that an elderly parent or loved one has been abused in a nursing home or assisted-living facility? It is never too early to speak to an experienced California nursing home abuse lawyer.
Studying “Words that Wound” Older Adults
How did the study come about? The lead author of the study, Terry Fulmer, is the dean of Northeastern’s Bouve College of Health Sciences in Boston, and she has been conducting research related to elder abuse over the last twenty years. In conducting surveys related to physical abuse, Fulmer discovered that a majority of seniors’ complaints seemed to revolve around verbal attacks they had experienced.

For example, Fulmer recalled recording statements from older adults concerning their caretakers, such as, “she yells at me,” or “he swears at me all the time,” or “she tells me that if I keep acting like this, she’ll put me in a nursing home.” The American Psychological Association makes clear that emotional abuse is a serious form of elder abuse, and it can involve the “infliction of anguish, pain, or distress through verbal or nonverbal acts.” In response to evidence of this kind of emotional abuse, Fulmer undertook the recent study on verbal mistreatment of the elderly, which involved 142 participants.

The study was a bit different than others of its kind, however, as it “did not ask people to describe the kind of verbal mistreatment they had experienced from their caregivers.” In previous studies that attempted to quantify instances of verbal abuse, the researchers appeared to have difficulty differentiating numerically between what most of us would identify as verbal mistreatment and more isolated situations in which “a weary daughter or aide loses her temper once in a year and says something regrettable,” for instance. Since there are no “standardized definitions and methodologies” to categorize verbal mistreatment or verbal abuse, Fulmer sought instead to highlight the negative impact of any level of verbal mistreatment, according to the New York Times.

Specifically, Fulmer found that in living situations (including nursing homes and assisted-living facilities) where “a caregiver had yelled, sworn or threatened at least once in the past year,” the elderly victim “had significantly lower social functioning and poorer mental health” than participants in the study who hadn’t been subjected to any kind of verbal mistreatment.

What’s the takeaway message? In short, Fulmer hopes that her study will “sensitize caregivers to the fact that words hurt,” and “if you have a pattern of aggressive, abusive interactions with your elders, they can suffer.”

If your elderly loved one has suffered the repercussions of verbal mistreatment in a nursing home or assisted-living facility, it’s important to know that this is a serious form of abuse. An experienced California elder law attorney can discuss your case with you today.