About a month ago, the New York Daily News reported that fourteen nursing home residents at Valley Manor Community Care Home, also called Valley Springs Manor, were abandoned in “filthy and unsafe” conditions. According to the article, some of the residents at this Castro Valley, California facility were bedridden, while others were ill and simply required significant care. Reporters from NBC Bay Area referred to the situation as a “botched closure,” as the California Department of Social Services had closed the nursing facility days before but hadn’t accounted for the safety of these residents. At the time, these social services officials closed nursing home “because of deplorable conditions.” 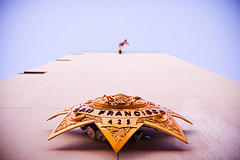 When we think about transitioning an elderly loved one into a nursing home or an assisted-living facility, we expect that the facility will provide care and won’t engage in acts of nursing home abuse or neglect. However, nursing home abuse occurs more often than we’d like to think. If you’re concerned about a loved one’s safety or care, a California elder justice advocate can discuss your case with you today.

Details of the Nursing Home Shut Down and Resident Abandonment

According to an article in the Contra Costa Times, the Alameda sheriff’s department received many complaints about Valley Springs Manor, and they actually responded to the facility 32 times in 2013 alone. However, when the sheriff’s department responded to a late-October call, they found a nursing home that was “just unkempt,” said Sheriff’s Sergeant J.D. Nelson. From that point forward, the state began procedures to officially close the facility.

On October 18, most employees stopped coming to work after they were informed that they wouldn’t be paid for their time. At that moment, officials from the California Department of Social Services had given a 72-hour notice that they’d be closing the facility. At the time of the shutdown, nearly 20 residents remained at Valley Springs Manor. When the facility was officially closed, the remaining residents were abandoned at the nursing home.

Two employees of Valley Springs Manor, Maurice Rowland and Miguel Alvarez, made unpaid visits to assist the residents who had been abandoned at the facility. While these employees aided some of these residents, they also failed to report in a timely manner that they had been abandoned at the closed facility. Indeed, the sheriff’s office only learned about this serious problem when one of the residents went missing and another began experiencing severe breathing problems.

Who is Liable for these Deplorable Nursing Home Conditions?

Many commentators blame the owner and operator of the Valley Spring Manor facility, Hilda Manuel. The article in the Contra Costa Times indicated that the Manuel family had been contending with mounting violations over the past several months, and that the state of California had been in the process of trying to revoke their license.

While the Manuels’ attorney claims that the facility had always been properly staffed, the sheriff’s department argued that the Manuels’ abandonment of the elderly residents constitutes elder abuse. For example, Sheriff’s Lieutenant Emmanuel Christy said, “if you abandon people you’re supposed to be caring for, if you’re entrusted to care for someone who can’t care for themselves, and you walk away, it’s abandonment.” He went on to emphasize how those actions “can be considered elder abuse.”

Other commentators blame the California Department of Social Services for its oversight failures. As of now, investigators with the FBI health care fraud unit and the California Attorney General’s office are looking into the situation.