It’s clear that many hospice centers have become part of a profit-seeking industry in the United States. Indeed, the recent article in the Washington Post concerning illegitimate marketing and hospice overuse may be plaguing many parts of the country. But what about seniors who are admitted to hospice care and then discharged without getting any better? Is our country in need of elder care reform? An article in the New York Times suggests that there may be another significant problem with the hospice industry that lies more with the Medicare Hospice Benefit of 1983. 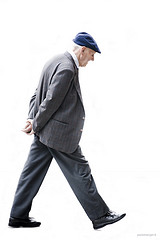 Do you have questions about caring for an elderly loved one? The experienced nursing home abuse lawyers at the Walton Law Firm can speak to you today.

Elements of the Medicare Hospice Benefit

Before we can ask whether the Medicare Hospice Benefit might be a problem, we need to understand its terms. According to the National Hospice and Palliative Care Organization (NHPCO), the Medicare Hospice Benefit was “established in 1983 to provide Medicare beneficiaries with access to high-quality end-of-life care.” However, there are certification requirements that affect the ways in which hospice patients can access this kind of care.

For example, an 84-year-old woman, Phyllis Fine, enrolled in hospice care about two years ago in June 2012 through the Medicare Hospice Benefit, according to the New York Times. When she was admitted, she had suffered a major stroke following routine heart valve surgery, and she was unable to complete activities of daily living (ADLs). Hospice employees cared for Fine, and her daughter told the New York Times that she was pleased with the care her mother received.

At a certain point, the Medicare Hospice Benefit requires that a physician re-certify, every 60 days, that a patient is “likely to die within six months if her disease runs its normal course.” Because Fine stopped showing clear signs of further decline while in hospice, she was discharged and left without palliative care. Other families reported similar stories about their elderly loved ones—people in need of the type of care hospice provides, but unable to receive that care because their very poor conditions had “stabilized.” Is there an overarching problem with the Medicare Hospice Benefit? Do we need to reconceive of the hospice industry and the way older adults receive care?

Recent changes have further affected the regulatory requirements, which deal with certification and re-certification issues. The NHPCO emphasizes that these review mechanisms are intended to “better ensure that hospice programs are serving only patients who are eligible and appropriate for hospice care.” Specific changes include the requirement of a “brief physician narrative” in which a hospice certifying physician “provides a brief narrative statement to explain the clinical findings that support the certification and recertification of terminal illness.” This way, there’s a subjective record of the physician’s individual assessment of each patient. A more recent additional change requires a “face-to-face encounter,” which means that a hospice certifying physician must meet with a hospice patient in person in order to determine whether they’re still eligible for hospice care.

Such changes may help some of the problems of hospice overuse and the harms associated with the for-profit hospice industry. However, some terminal patients may be left without appropriate care in the end.

Even though a hospice patient isn’t declining rapidly, she still may have a terminal illness that requires the palliative care provided by hospice. The mere fact that a patient doesn’t show clear evidence of decline doesn’t shouldn’t mean that hospice care isn’t appropriate, according to the New York Times article. In fact, “hospice patients sometimes hit plateaus or temporarily improve” despite having a terminal disease.

Can dying elderly people receive proper care outside a hospice facility? Many commentators worry that they can’t. Or, at least, their quality of life can decline immensely. While these problems may not rise to the level of nursing home abuse, the issue of hospice discharge is a significant one if you’re dealing with the care of an elderly loved one. Has your parent been denied proper care? You may be able to file a claim. Contact an experienced California elder law attorney today to discuss your case.