What happens when elderly adults spend some time in the hospital but aren’t officially admitted? In these situations, patients are typically classified as simply being under observation. This “observation only” status can limit older adults’ chances for Medicare nursing home coverage once they’re discharged from the hospital, according to a recent article in the New York Times. Can this lead to elder abuse conditions? And how is this happening? In order to be eligible for certain Medicare benefits, an elderly patient “must spend three consecutive midnights in the hospital—not counting the day of discharge—as an admitted patient in order to qualify for subsequent nursing-home coverage.” 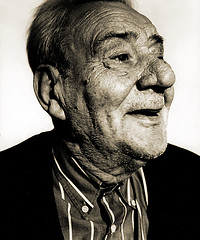 More than one year ago, the California Hospital Association (CHA) recognized the problems that arise because of the “observation status” that many older adults end up with during a hospital visit. The CHA reported on an amicus brief filed by the American Hospital Association (AHA) in connection with a federal lawsuit in which Medicare beneficiaries contested the use of an “observation status” to later deny nursing-home coverage. This past December, AARP released a report that argued certain medical facilities intentionally place older adults under observation—as opposed to admitting them—for Medicare purposes, according to California Healthline. As you can see, this is an issue that’s relevant in California and across the country. What are the key issues at stake, and how can elderly citizens receive the care they need?

What Does “Under Observation” Really Mean?

As we mentioned, Medicare beneficiaries must be admitted to a hospital and spend at least three nights there in order to classify for later nursing-home coverage. When an older patient is classified as being under observation, rather than being admitted to the hospital, she will lose coverage for medications that the hospital typically provides for pre-existing conditions, and then she will be unlikely to receive Medicare coverage for nursing home care if she needs it after she leaves the hospital. According to the article in California Healthline, the “main motivator to keep Medicare patients on observation status is money.”

The New York Times suggests that this “over-classification of observation status” is a problem that’s becoming more severe. Indeed, over the last five years, the number of older adults who have visited the hospital and been classified as “under observation” has risen by 69 percent.

Who decides whether a patient is admitted to a hospital? According to the U.S. Department of Health and Human Services, it “varies widely depending on the hospital.” In fact, similar conditions, such as chest pain, irregular heartbeat, or nutritional disorders, will sometimes result in strict observation status at some hospitals and admission at other hospitals. Is there some way to streamline this process?

Commentators at advocates in the legal and medical fields are working to fight the current Medicare requirements. The issue is a particularly important one, as elderly adults who cannot pay for proper nursing-home case could become victims of nursing home abuse or neglect. If you suspect your elderly loved one has been a nursing home abuse victim, it’s never too early to contact an experienced California nursing home abuse lawyer.

In the meantime, however, patients who have been denied nursing-home coverage after a hospital observation have two measures of recourse, according to the Center for Medicare Advocacy:

· First, patients can argue that the hospital treatment they received while under observation—Part B outpatient charges—should actually have been billed as “Part A for hospital services, because the patient received treatment that could only have been provided in a hospital.”
· Second, patients can file an appeal for nursing-home reimbursement.

Each appeal must be filed within 120 days, and it’s important to speak to an experienced elder law attorney if you’re considering this course of action. Contact the experienced injury lawyers at the Walton Law Firm today to discuss your claim.