Nursing home abuse can take many different forms in San Diego County, including sexual abuse. In Southern California, nursing home residents can be victims of sexual abuse and assault perpetrated by other residents, as well as by staff members. According to a recent report from KPBS, the California Department of Public Health (CDPH) is supposed to be transparent in providing information about nursing homes and histories of abuse, yet a recent investigation suggests that records of sexual abuse contain “inaccuracies and omissions.” It is important to be able to recognize signs of nursing home sexual abuse and to consider filing a claim against the negligent facility where the abuse occurred.

The KPBS report discusses various incidents of sexual abuse in California nursing homes that have been identified as “enforcement actions” with findings of nursing home negligence. For example, the report discusses a case in which a woman in a nursing home alleged that she was raped by her caregiver. The investigation report, which can be found in the Cal Health Find Database, concludes that the nursing home where the sexual assault is alleged to have occurred “failed to provide a safe environment” for the resident. However, as the KPBS report points out, “one has to dig deep into what is known as CDPH’s ‘transparency website’ to find it.” Indeed, as the report underscores, the “main complaint page describes the attack as simply employee-to-resident abuse that was substantiated.”

END_OF_DOCUMENT_TOKEN_TO_BE_REPLACED

It can be difficult to know what to do when you have concerns about an elderly loved one’s safety in a nursing home in Los Angeles County or elsewhere in Southern California. Whether you are visiting a family member in a nursing home or you have other reasons for suspecting abuse or neglect after talking to a loved one or speaking with a healthcare provider, it is important to know what steps you should take. Consider the following tips from our Los Angeles County nursing home neglect lawyers.

Do Not Second Guess Your Instincts

If you have concerns about a senior’s health or well-being in a nursing home, and especially if you have concerns about elder abuse or neglect at a facility, it is critical that you trust yourself and that you do not second-guess your instincts. Many family members feel uncertain about reporting abuse or taking action when they have concerns about an elderly resident. Indeed, some people feel concerned about erroneously making a report about abuse or neglect concerns or moving forward with a complaint against a facility. You should trust yourself, and you should remember that the most important thing is ensuring that a senior you love is not being harmed because of abuse or neglect. As such, making a report or filing a complaint may often be necessary.

END_OF_DOCUMENT_TOKEN_TO_BE_REPLACED

According to a recent report from ABC News 7, an 85-year-old woman with dementia who is a resident of Seal Beach Health and Rehabilitation, a nursing home in Southern California, was sexually assaulted by another resident at the facility. Staff members at the nursing home called the police in early March 2022 when they “heard a woman screaming and pushed through the door blocked by the suspect’s wheelchair and found the suspect on top of her, on her bed,” according to the report. It also indicated that, when the staff members were able to get into the room, they found the resident “engaging in acts against her [the other resident] of a sexual nature.” That resident had a prior history of serious domestic violence for which he spent time in prison.

END_OF_DOCUMENT_TOKEN_TO_BE_REPLACED 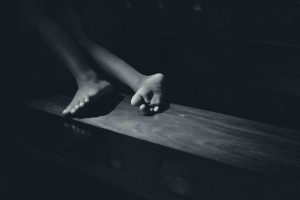 END_OF_DOCUMENT_TOKEN_TO_BE_REPLACED

END_OF_DOCUMENT_TOKEN_TO_BE_REPLACED
What Our Clients Say:
“From our first phone conversation, Mr. Walton provided a sincere interest in our case. My mother had suffered both abuse and neglect while in the care of a nursing facility, ultimately resulting in her death. My family and I would highly recommend Randy Walton.★★★★★- Judy S., San Diego -
"Walton Law Firm was amazing. Very professional, but personal. Having a lawyer to make sure that everything is taken care of removed so much stress."★★★★★- Wayne G., Encinitas -
"After my husband was killed in a motorcycle accident, Randy was there from the moment I first called."★★★★★- Suzanne S., Escondido -
"Calling Randy was the best decision I could have made. He got me an excellent settlement that covered all my medical bills and put a sizable chunk of money in my pocket."★★★★★- Erik S., San Marcos -
"Truly as good as it gets, if not beyond great, for Randy Walton and his paralegal Sarah Earnest. He and she are both incredibly dedicated to what they do and I never felt I couldn't trust him."★★★★★- Natalie T., Lake Elsinore -
"Randy is a great lawyer and a better person. He went above and beyond the call of duty to reach a settlement in my case. He believed in my case when no one else did."★★★★★- David C., San Diego -
Contact Us
free consultation 760.571.5500