“I could not protect the public any longer. There was just a failure to protect the most vulnerable people in our state from abuse and neglect” said (former) investigator for the California Department of Public Health (DPH) investigator Marc Parker of his retirement from the agency that is supposed to certify and regulate California’s nursing homes.

KQED and the Center for Investigative Reporting has an excellent article out today about the failures on the part of the state to investigate and prosecute allegations of neglect and abuse in thousands of California nursing facilities.

Those of us who prosecute civil cases on behalf of these victims – or, sadly, their heirs – have been experiencing this for years. We all have had cases where the DPH letter arrives saying that the complaint “could not be substantiated” despite overwhelming evidence of wrongdoing. Or the investigator finds some small (and usually irrelevant) “deficiency” when ask to investigate a clearly suspicious death. Or telling the victim’s families to be patient, but knowing full well that the likely hood of a citation against the home, even in the strong cases, was highly unlikely.

We always suspected that DPH was full of overworked, burdened bureaucrats who worked by the saying “Hear no evil, see no evil, and speak no evil…so I don’t have to write a long evil report.” Now there is evidence to support that claim.

The Center for Investigative Reporting has uncovered documents showing that DPH investigators repeated delayed and ignored investigations into nursing home complaints for months and months, and in some cases years. In one profiled case involving the death of an 95-year-old woman, the family and ER nurses suspected abuse, but DPH didn’t complete its investigation for over six years, and even then took no action. Thankfully, law enforcement has opened an investigation.

“I would tell anybody, do not count on the government taking care of you,” said Brian Woods, in charge of DPH’s Southern California office in 2006. “They are overworked. They can’t get in there. Your case might get looked at 10 years later.” Incredibly, from the years 2004 through 2008, DPH had a backlog of over 900 complaints alleging abuse or neglect, many involving a death.

To deal with the backlog, the article asserts, investigators are being told to close files, even if inadequate investigations have been conducted. Many times the investigator doesn’t even visit the facility or talk to witnesses.

Criminal prosecutions are also becoming rare. According to the article, from 2006 through 2009, DPH referred 88 deaths to the Attorney General’s office for prosecution. In 2011, there were only two deaths referred.

“I don’t know how many nursing homes there are in California or how many deaths a year there are in the facilities, but the number is going to be huge,” Greenwood said. “And to think there are only two suspicious deaths? No, I just frankly cannot believe that.” 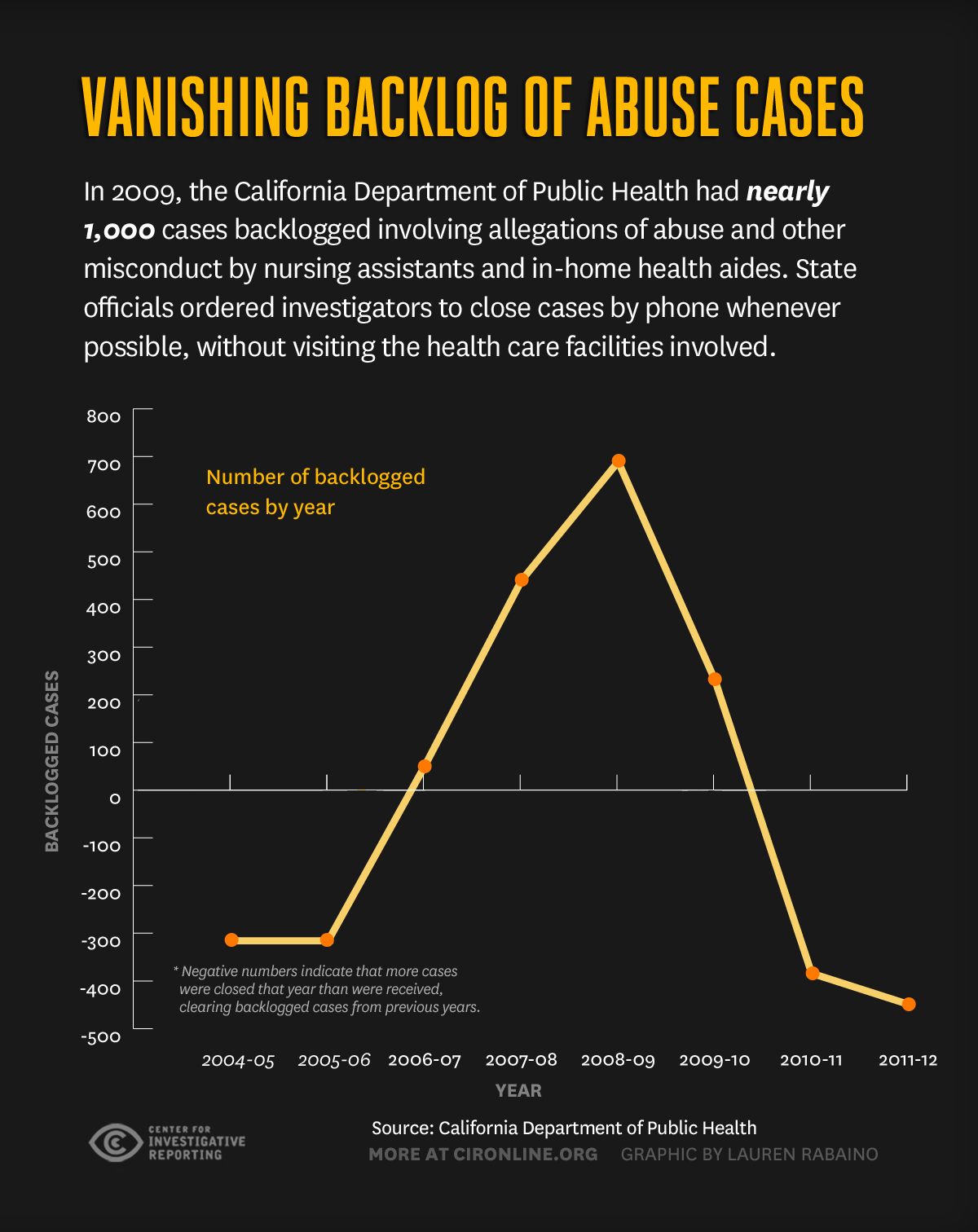 Nor can we at Walton Law Firm.