In mid-August, Families for Better Care released its first “Nursing Home Report Card,” which is part of a “project that analyzes, compares, and ranks states’ nursing home quality.” On the California report card, our state only earned a “C” grade, coming in at 28th place in the United States. In fact, the report card stated that “rampant problems plague California nursing homes as 9 out of 10 facilities cited a deficiency.”

What is Families for Better Care? According to its website, Families for Better Care is “a nonprofit citizen advocacy group dedicated to creating public awareness of the conditions in our nation’s nursing home and other long-term care setting and developing effective solutions for improving quality of life and care.” The non-profit group is located in Florida, but its aim is to expose and improve nursing care across the country.

When Families for Better Care released the report card, California Advocates for Nursing Home Reform (CANHR) emphasized that our state only earned an “average score” on the whole, and in fact earned “D’s in registered nursing hours, deficiencies, and inspections.” What does this mean for your elderly loved ones? In short, many family members may not be receiving the care they need at a nursing home or assisted-living facility. The nursing home abuse attorneys at the Walton Law Firm have experience with these issues and can speak to you today. 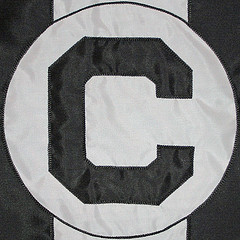 How Does the Grading Work?

According to the CANHR, Families for Better Care looked into nursing home in all fifty states, including Washington, D.C., and it made ratings based on a number of factors. Specifically, the non-profit assessed nursing home care “using a formula of staffing levels, enforcement actions, and Ombudsman complaints.”

It turns out that nursing home care in California is in fact second to last within the Pacific Region of the United States. The report made clear that “California nursing home residents interact with professional nursing home staff only 43 minutes per day—36th worse in the nation.”

And how did the assessment formulas look for California? When it comes to the percentage of facilities with general deficiencies, the report cited nearly 95 percent of nursing homes in our state. That’s a strikingly high number. California also earned a nearly failing “D” letter grade when it comes to “health inspections above average” (in other words, not many health inspections in California nursing facilities seem to rank above average). And relatedly, perhaps, out state earned “D” letter grades for its registered nurse (RN) working hours generally, as well as the number of RNs typically staffed at nursing facilities.

Yet, there’s still some hope for nursing facilities in our state. According to the report, only 10 percent of California nursing homes “cited a severe deficiency,” which actually places it “among the lowest in the nation.” Also, when we’re talking in terms of direct staffing hours, California earned a “B” grade, which is better than average. Our state also earned a “B” letter grade for its relatively low number of Ombudsman complaints.

On the whole, the recent report card doesn’t paint a great picture for nursing homes in California, and CANHR and its experienced elder justice advocates share those concerns. It’s important to stay vigilant about your elderly loved one’s care in a nursing facility. If you see any signs of nursing home abuse or neglect, you should contact an experienced nursing home abuse attorney today to discuss your case.