The San Diego Sheriff’s Department has issued warnings to elderly residents about two recent telephone scams that may be targeting seniors, reports the San Diego Union-Times. Those of us working in San Diego elder abuse law know that financial abusers frequently seek out seniors. According to the California Department of Finance, our state has nearly 4 million residents over the age of 65, the biggest senior population in the country. The Department expects that California’s senior population will double in the next 20 years, likely due to the high number of aging baby boomers. As the state’s senior population grows, our San Diego County elder abuse attorneys realize more and more unscrupulous financial predators may step up their efforts to defraud elderly residents. 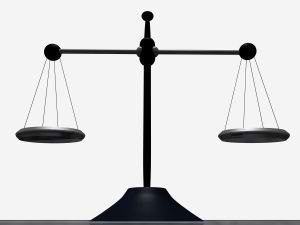 Common Scams
The first scam was discovered when a suspect allegedly called the Sheriff’s Department himself, apparently tipping the police off. The suspect asked deputies to check on a woman he claimed was a relative living in San Diego County. When deputies visited the woman’s home, she told police she did not know the caller claiming to be her relative. She also reported to police that she has been a victim of financial abuse previously. A scammer had conned her into wiring money by pretending to be a relative who was overseas and in trouble—a common scheme used to target elders that we discussed in a prior post. San Diego police believe someone working with the scammer made the strange call to the precinct, perhaps as a way to re-contact the woman.

The second con involved a suspect posing as a sheriff’s deputy, even using a real deputy’s name, who tried to take money from an elderly man’s bank account. Impersonating a police officer is against the law in California. The scammer called the senior and told him he had won a large sum of money but needed to pay a fee up front before he could receive the prize. After withdrawing money to send to the scammer, the elderly victim spoke with the deputy whose name was fraudulently used. Fortunately, the sheriff’s deputy stopped the victim from sending the money to the would-be scammer.

Senior Financial Abuse
Elder financial abuse is a serious problem in California. Many scammers attempt to prey on the elderly because they believe they are vulnerable victims and that they may be able to exploit seniors who are lonely or interested in reconnecting with family members. It is clear our local police are working hard to stop financial crimes against the elderly. However, there also are measures seniors can take to protect themselves.

• Be wary of individuals asking for personal information or money over the telephone or via e-mail.
• Consider speaking with a elder care advocates or legal professionals about any questions or concerns you may have regarding potential abuse.
• Report unwanted telephone calls or suspicious attempts to solicit money to your local precinct.
• Check with family members to verify claims that a relative is abroad or in need of money.