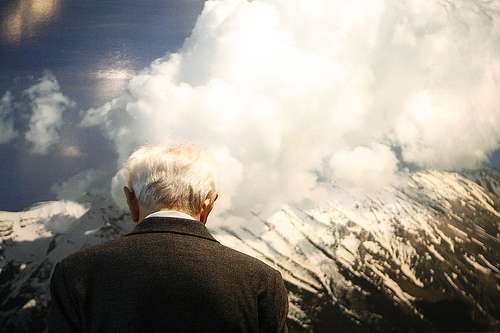 A Pasadena assisted living facility recently suffered a tragedy when a resident allegedly assaulted and killed a fellow resident. The 61-year-old victim was found dead several weeks ago under suspicious circumstances, according to the Pasadena Star-News.

Unfortunately, as our Los Angeles elder abuse lawyers know, resident-on-resident abuse is not uncommon. Bullying, physical or sexual abuse, or any other form of peer-on-peer abuse should not be tolerated. Yet peer-on-peer abuse is a growing problem in custodial settings that needs be prevented with proper care planning, appropriate staff training, and adequate staffing.

The alleged aggressor at the Pasadena assisted living facility was 38-year-old Paul Lopez. Mr. Lopez was a resident at the facility for the mentally ill. He was arrested and booked on suspected homicide of a fellow resident, George Schatford, at the Pasadena Residential Care Center. According to reports, Mr. Lopez confessed to police officers present at the scene who were conducting an investigation of the elderly man’s death. Pasadena police Lt. Phlunte Riddle stated that Mr. Lopez claimed to have murdered the elderly man. Further investigation indicated that his statement was credible. Although it is not entirely clear how Mr. Schatford died—and it will not be apparent until the coroner provides his report—Lt. Riddle did note that the victim had marks around his neck. Therefore, the senior may have been strangled.

Officials from the Los Angeles County Coroner’s Office said the cause of the elderly man’s death has not been determined yet.

There are a number of signs and symptoms of San Diego or Orange County nursing home abuse, and recognizing those signs can help prevent injury, psychological abuse, and even death for our state’s senior citizens. For example, sudden weight loss, painful bed sores, falls or fractures, unexplained bruises or marks, or feeding tube errors all can be signs and symptoms of California elder abuse or neglect. Other common signs include inadequate staffing and generally unsanitary conditions of the residents or facility. Those of us working in San Diego elder abuse know none of these conditions should be accepted or tolerated because they can prove dangerous or potentially deadly for elderly residents.

When nursing home facilities are improperly staffed or managed, there can be terrible consequences. For example, an elderly resident may wander from a facility at night and lose his sense of direction. (For a prior post on the danger of wandering, click here.) Another danger can be abuse from a fellow patient or resident, as was the case here. Sadly, sexual abuse can be a common occurrence in long-term residential facilities, whether a staff member or another resident is the perpetrator. Our San Diego elder abuse attorneys know that sexual abuse causes life-long trauma for victims and their families. Unwanted touching or harassment of any kind should not be tolerated.

No one wants to believe that a loved one has been abused, but if you are concerned about a senior living in a long-term care facility, please contact our office for a confidential consultation today.