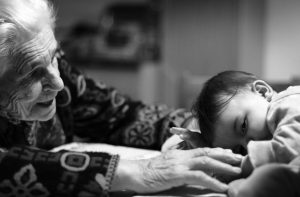 Family members can be responsible for elder abuse when they serve as caregivers for seniors in their own homes or in the home of the senior. In addition, family members can also perpetrate abuse while an elderly family member is a patient or resident in a nursing home or assisted-living facility. In many of these incidents, there is more than one type of abuse perpetrated. For example, the study reported that, in 23% of elder abuse cases reported, “multiple abuse types were identified.” In other words, seniors are suffering multiple forms of elder abuse at the same time. Indeed, “in two-third of physical abuse cases, physical abuse co-occurred with another type of abuse.” In a majority of those cases, physical abuse coincided with financial elder abuse.

As Weissberger emphasized, the results of the study “highlight the importance of developing effective strategies to prevent future abuse.” Those strategies involve training more individuals in identifying the signs and symptoms of elder abuse, as well as conducting additional studies involving “high-risk individuals,” such as those with Alzheimer’s and other forms of dementia, “to better understand additional risk factors.”

Whether you have a loved one in a nursing home, assisted-living facility, or at home with a caregiver, it is important to be able to recognize the signs and symptoms of elder abuse. While signs can vary depending upon the type of abuse, the National Institute on Aging (NIA) identifies the following as important warning signs of multiple forms of abuse in a senior:

Do you need help filing an elder abuse claim? An experienced San Clemente nursing home abuse attorney can assist you. Contact the Walton Law Firm to learn more about our services.