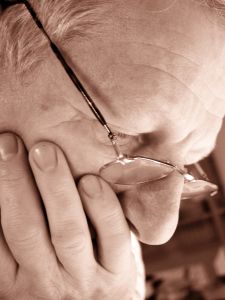 Our San Diego nursing home abuse lawyer understands the seriousness of elder financial abuse and knows how it devastates the resources of California families. Unfortunately, like all forms of elder abuse, financial abuse of seniors is underreported and all too common. We realize that many California residents may be worried about elderly loved ones being taken advantage of by a caretaker or scammer, but knowing about a few simple warning signs can help ease those fears. For example, unexplained bank withdrawals, the disappearance of valuables, or sudden changes in a loved one’s behavior are all warning signs that a friend or relative may be a victim of financial exploitation.

The decline of the economy and the high numbers of aging Baby Boomers have recently revealed more and more instances of financial scammers who prey on the elderly. Earlier this year, the California elder abuse attorneys at the Walton Firm learned about a con man who posed as a licensed contractor and solicited home repair and remodeling projects from seniors in several California towns. The contractor never completed the promised services and then disappeared with the elderly victims’ money.

According to a report in The Monterey County Herald, the con man, Timothy Ralph Carrillo, formerly from Sand City, was sentenced last week to 35 years in prison for stealing more than $100,000 from people who believed they were paying for home repairs. He was convicted in August of this year of 24 counts, including California elder financial abuse, residential burglary, grand theft, and contracting without a license. Because the con man had a prior conviction for residential burglary, his sentence was doubled under California’s three strikes law. He also had prior felony convictions for commercial burglary, grand theft, and obtaining money by false pretenses.

From 2006 to 2008, the con man tricked nine people in California, some of them in their 80s, to pay him in advance for painting, roofing, window replacement, and other repairs that he never actually performed. In reality, the fraudulent contractor apparently never intended to complete the promised services, and, instead, used some of the money he stole to pay gambling debts. He also went on a similar crime spree in Texas for which he was convicted in 2009 and will serve that sentence first.
The judge sentencing the contractor called the man a “predator” who preyed on the elderly without caring. The judge gave the man the maximum sentence for many of the charges, stating that there were no mitigating circumstances that warranted less time. Rather, the judge called the con man an “artist” who plotted for months in advance about how to deceive his victims. In addition to jail time, the defunct contractor was ordered to pay victim restitution and fines totaling more than $38,000.

Please remember that elder financial abuse cases should be reported at your local Adult Protective Services agency or law enforcement agency. Also, if you are worried that an elderly loved one is being taken advantage of, please consider consulting a qualified legal professional. The lawyers at the Walton firm are well versed in California elder abuse law and know how to protect the rights of California’s seniors.