The San Diego nursing home abuse lawyer at our firm has helped many families throughout Southern California file civil lawsuits against the employees and facilities that caused them harm. As many community members are aware, the civil justice system is wholly separate from the criminal system. However, a single incident can give rise to both a civil lawsuit as well as criminal charges. That is certainly possible in the context of California nursing home abuse. While civil suits are more common following inadequate treatment at an assisted-living facility, if the misconduct rises to a certain level it is not out of the question for local law enforcement officials to arrest the culprits and charge them with crimes. 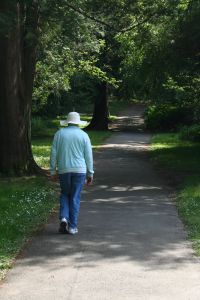 In fact, late last week Cal Coast News reported on just such a case. Police officers recently arrested two men who worked as assistants at the Central Coast Nursing Center. The men were brought into custody stemming from allegations of elder abuse, including sexual assault. According to reports, the two men assaulted an institutionalized victim on various occasions over a six month period. Of course, physical and sexual assault are not only clear indicators of substandard care of a nursing facility, but they are crimes under state law. Therefore, this situation should likely produce both a criminal case where the individuals involved may face criminal punishment as well as a civil California nursing home lawsuit. The civil suit would be filed by the victims and their families seeking to hold the all those in a position to prevent the attacks accountable for their negligence.

The abuse was only uncovered after a volunteer at the facility who frequently visited the victim came forward and shared details about his suspicions. We shared information about the volunteer last week, Mr. Edmund Finucane, who was told he could no longer visit the facility after he reported his concerns about the abuse to state officials. Fortunately, the state’s Department of Public Health investigated the matter and uncovered evidence of serious violations at the facility which resulting in very real harm to the vulnerable residents. The facility had its license revoked by the state. New owners took over the home, but it remains to be seen if they will be able to ensure that resident care is improved.

Tragically, extreme cases of physical, sexual, mental, and emotional abuse of elderly residents occurs with shocking frequency in our area. Our San Diego nursing home abuse lawyer understands that many of these problems stay under the radar because no one comes forward and presses for accountability. In this case, it took the persistent work of a man who had volunteered at the facility for twenty eight years to bring to light the awful crimes perpetrated at the Santa Barbara nursing home. As we explained last week, the man was rewarded for his efforts by being kicked out of the facility and arrested as a trespasser. It is clear that many of the most negligent facilities will go to extreme lengths to hide their record of abuse. That is why is it vital for all volunteers, friends, and family members of these residents to keep a close watch on the care received and remain ready to demand accountability when that care is insufficient. If you discover mistreat, please consider contacting our San Diego elder abuse attorney at the Walton Law Firm to see how we can help.