Our San Diego nursing home abuse lawyers help families every day who are concerned about the care their loved ones are receiving at California nursing facilities. We know that seniors are valued members of our society and that they deserve the best possible care. We also strongly believe that poor care should not be tolerated under any circumstances.

Recently, a large verdict was awarded in a serious elder abuse case in West Virginia. According to reports in the Charleston Daily Mail and The State Journal, earlier this year, a jury awarded $91.5 million to the family of 87-year-old Dorothy Douglas, finding that the nursing home’s serious neglect caused the elderly woman’s 2009 death. The plaintiffs’ claimed that Ms. Douglas died as a result of severe dehydration and neglect from the nursing home. After less than three weeks at the facility, the elderly woman was in a comatose state, unresponsive, not walking, and not able to feed herself. According to the family, Ms. Douglas’ son worked tirelessly to have his mother transferred out of the facility, but paperwork problems prevented the transfer. Sadly, Ms. Douglas passed away from complications from dehydration before a change could be made. 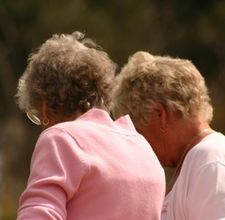 The jury decided that the family should receive $11.5 million in compensatory damages as well as $80 million in punitive damages, indicating that the jurors wanted to send a strong message to the nursing home. When the verdict came down, debate ensued due to the size of the award and regarding whether state medical liability caps should apply. Medical liability caps are sometimes created because state legislators fear increased insurance costs and diminished availability of professional liability insurance. In this case, the jury returned a verdict that 20 percent of responsibility for the negligence claim dealt with medical professional negligence and 80 percent was ordinary negligence. That likely means that 20 percent would fall under the legislation, but 80 percent would not. At the time, West Virginia Association for Justice President Paul T. Farrell Jr. explained that $11 million was awarded for the death and $80 million was awarded to punish the nursing home for intentional misconduct.

Debate has again arisen because a circuit judge recently entered a judgment order reducing a portion of the $91.5 million jury award, according to the Charleston Daily Mail. The judge’s order reduced a $5 million segment of the award to a maximum of $4,594,615, but did not significantly reduce the total jury decision as the defendant nursing home had hoped.

Large verdicts in San Diego nursing home negligence lawsuits are not only possible, but can often be appropriate. Such verdicts can call attention to improper care in nursing homes and send a message that when nursing facilities in California and elsewhere fail to comply with health care standards, tragic consequences can occur. Unfortunately, it is often the people who are responsible for caring for our elderly loved ones who commit acts of abuse or neglect—whether it is emotional, physical, sexual, or financial abuse.

The San Diego elder abuse attorneys at the Walton Law Firm are committed to holding those individuals accountable. One way that that this can be done is by bringing a San Diego nursing home abuse lawsuit against a negligent nursing facility or caretaker. Such lawsuits can bring emotional and financial relief to families who have suffered the terrible experience of knowing that a loved one has been mistreated. If you are concerned that a loved one is being abused, please consider contacting one of our qualified professionals for a legal consultation.