Many people are familiar with the difficulties involved in taking care of elderly parents, especially those with health problems. Often, people are forced to entrust the care of their loved ones to the doctors, nurses, and other staff members of nursing homes. The reason that people do this is because they realize that they do not have the skills, training, or time to provide the kind of around-the-clock care that is needed. They feel that their loved ones will receive better care in the nursing home than they would at home. However, nursing homes do not always provide the quality of care that they promise and on which their patrons rely.

In recognition of this fact, the state of California requires nursing homes to be licensed by the state in order to operate. They must meet and continuously adhere to certain regulations and standards in order to maintain their licenses, and they are subject to inspection by state investigators.

The purpose of the licensing program is to ensure that nursing homes are safe for the people who live there and to prevent California elder neglect or abuse. However, this program can only go so far in preventing serious harm to residents of these long-term care facilities. In spite of state regulations, there are still far too many incidents of San Diego nursing home abuse, medical malpractice, or other violations of state law. Even worse, these incidents are not always taken as seriously as they should be by the state or by the owners of the facilities.

Recently, an article by The Daily Sound reported that a nursing home in Santa Barbara, the Center Coast Nursing Center, had its license revoked by the California Department of Public Health. However, the nursing home, which housed many residents, was permitted to stay open under new ownership. The Department of Public Health issued a provisional license to the new owner in an effort to avoid having to move all of the residents elsewhere.

While this is certainly less disruptive for the patients than a big move would be, it also brings to mind the question of whether things really will change. The nursing home had reportedly been cited before, and ownership had also changed hands in the past. Unfortunately, sometimes a change in ownership is not enough. Staff members who have been trained to believe that their way of doing something is acceptable may not be inclined to change their methods very quickly, especially when it makes their jobs more difficult. 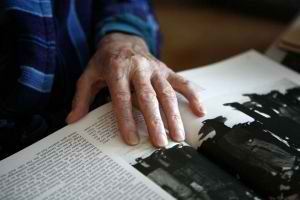 As with many things, the most effective remedy for nursing home neglect or abuse is often to file a lawsuit. In our area a San Diego nursing home neglect attorney will analyze the facts of your case and determine what the best way to proceed. Sometimes, a lawsuit is not necessary because your attorney will be able to find other ways to remedy the situation. However, in cases where filing a lawsuit against a nursing home is necessary, that suit will often go far in putting a stop to all kinds of improper and harmful practices not just in the facility sued, but in its local competitors, as well. Therefore, a lawsuit has the potential to save not only your loved ones, but also the loved ones of others, from the very real dangers caused by elder neglect and abuse.