Our San Diego nursing home abuse lawyers know that neglect is a serious form of elder abuse. Those who take care of the elderly must be held accountable when they fail to provide adequate care or violate basic health or safety standards. Unfortunately, mistreatment at these locations continues throughout the country. For example, a former group home owner in Ohio received probation for the deaths of two patients at the facility due to heat stroke. According to a report in the Toledo Blade, Pamela Shay pleaded no contest to two misdemeanor counts of patient neglect. She must serve two years’ probation, complete 200 hours of community service, and permanently surrender her nursing license. The group home that she owned and operated is now closed. 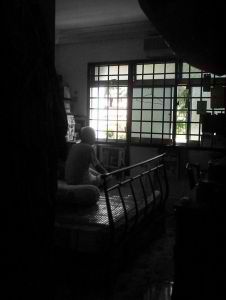 Both victims were schizophrenic and shared a room at the now defunct group home. The prosecutor on the case reported that a heat wave affected the city early that summer, with temperatures reaching over 90 degrees. As the owner and operator, Ms. Shay had a duty to avoid temperature extremes within the facility that could be a health hazard.

By the time first responders arrived the younger of the two residents, was already dead. The temperature in the patients’ room was 90.5 degrees. The second victim died the next week at a local hospital. His temperature was 105.5 degrees when he arrived at the hospital. The county coroner’s office ruled that the deaths were accidental and that the cause of death was heat stroke.

California elder neglect is generally defined as the failure of any person responsible for the care or custody of an elder or dependent adult to provide adequate care or to protect them from health and safety hazards. Although the group home owner was present in the home during the time period when the deaths occurred, other staff members were responsible for the residents’ care at the time of the incident. Despite this, when the group home owner failed to ensure that the building was cooled properly during the heat wave and that her staff was taking precautions to make sure residents were safe—including adequate hydration—she clearly committed resident neglect.

Yet this case resulted only in probation. The group home owner seemed remorseful, accepted responsibility for her actions, and had previously given up her group home license prior to the plea. She was tearful during the sentencing and apologized for what happened to the two residents. “I cared about them,” she reportedly said. “A day doesn’t go by where it hasn’t affected me.”

When these cases strike, both criminal civil legal actions can arise. For example, after the deaths the men’s families filed a nursing home abuse lawsuit in civil court. Those cases were eventually settled without the need for the case to go to trial.

At the Walton Firm, we take San Diego nursing home abuse seriously. If you suspect that your loved ones are not receiving appropriate care at a nursing home, assisted living facility, or hospital, you have the right to discuss your concerns with the staff and to request changes. Sometimes, unfortunately, voicing your concerns may not always work, and medical staff may still fail to ensure that your loved ones are safe, happy, and cared for. In those situations please consider contacting a legal professional to learn more about your rights.