Are you worried that an elderly loved one has been a victim of financial abuse? Each day, older adults become targets for financial scammers. Commentators are concerned that privacy laws are likely to protect some of these financial scammers, preventing elderly victims from seeking justice. According to Herb Weisbaum, “The Consumer Man” for NBC News, there’s a major disconnect in the financial world. “When,” he asks, “does the suspicion that an elderly customer is being defrauded overcome laws protecting privacy rights?” In an earlier post, we mentioned that banks might be “quiet enablers” of this kind of elder abuse. 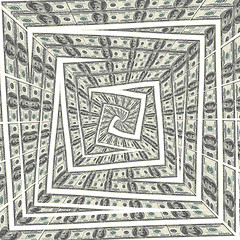 The problem of elderly financial abuse occurs across the country, and California isn’t immune. Who is responsible for making sure that older adults aren’t taken advantage of financially? For many victims of elder financial abuse, the ramifications are just as vicious as physical nursing home abuse. If you suspect that your elderly parent or loved one has been the victim of a financial crime, it is important to contact an experienced elder justice advocate. With years of experience handling nursing home abuse and neglect cases in Southern California, the dedicated elder law attorneys at the Walton Law Firm can speak to you today about your claim.
Bank Employees in a Position to Help?
According to an article in from NBC Today, financial elder abuse has become a particularly acute problem in recent years. Commentators suspect that it’s due in part to the larger population of older adults. “As the population ages,” the article explained, “financial scams targeting the elderly have become a growing problem, netting thieves billions of dollars a year.”
Weisbaum insists that bank employees, particularly the tellers at banks or credit unions, be may “the front line of defense against this form of elderly abuse.” How does that work? In short, tellers are more likely to spot a scam that happens in person, and ideally they could prevent the scams from moving through to completion by reporting suspicious transactions to their supervisors. However, most of the time these tellers’ hands are tied by federal regulations that require them to keep customers’ financial transactions confidential. Specifically, the Gramm-Leach-Bliley Act, also known as the Financial Services Modernization Act of 1999, says that privacy rights are more important than preventing fraudulent transactions. But is the maintenance of our financial privacy rights actually more important than putting a stop to serious financial crimes that often affect some of the most vulnerable citizens?
New Federal Clarification for Privacy Rights
Recently, federal regulatory agencies made a move that suggests putting an end to elderly financial abuse may take precedence over certain privacy rights. According to Weisbaum, “eight federal regulatory agencies have issued a joint document that clarifies privacy rights and responsibilities for employees of financial institutions.”

The specific language in the Financial Services Modernization Act requires bank employees to notify customers—and to give them the option to opt out—before they give out any personal information to a third party. In some cases, this doesn’t affect a bank teller’s ability to prevent elderly financial abuse. In some cases, however, it’s a big impediment.
Now, the new guidance specifies, “financial institutions can disclose nonpublic personal information to law enforcement agencies investigating suspected financial abuse of older adults.” This new guidance may help to prevent some of the far-reaching financial scams out there that target the elderly. One thing’s for sure: something needs to be done. According to a Metlife study, elderly Americans lose billions of dollars every year because of financial fraud, with a $2.9 billion total in 2010 alone.

A recent report from the General Accounting Office emphasized the importance of putting a stop to financial elder abuse, noting, “as the U.S. population ages, growing numbers of older adults could be at risk of financial exploitation, so its potential impact on society is likely to increase.” If you are concerned that an elderly loved one has been exploited financial, contact an experienced California elder abuse lawyer today.