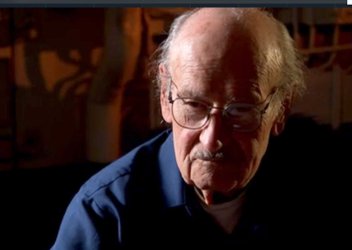 Max Bauer has no doubt seen a lot in his 93 years. Among his many experiences were those aboard the naval ship USS Vestal, moored in Pearl Harbor in December 1947 when the Japanese attacked. He was particularly proud of being a Pearl Harbor survivor, and placed a special Pearl Harbor Survivor license plate on his car.

In recent year, however, times have been tough for Max. A story in San Diego Union Tribune this morning reveals a man whose life has been on the decline since his wife of 62 years died in 2007. He had become so frail that he required the assistance of a caregiver, who moved into his home in El Cajon to help care for him. That’s when things got really bad.

Increasingly, friends and neighbors didn’t hear from Max, and after concern grew the Sheriff was called out to do a welfare check and were surprised by what they found. Sheriff’s deputies discovered that Max was living in squalor, his house filled with trash, rotting food and rat droppings.

When deputies found him, he was gripping a photo of the Vestal.

His caregiver, Milagros Angeles, was arrested and charged with four felony counts, including elder abuse, false imprisonment, theft of a caretaker, and possession of altered checks. The case has placed a spotlight on the plight of the eldery and the prevalence of elder abuse, which experts say is chronically under reported.

The elder abuse and neglect lawyers at Walton Law Firm provide free consultations to individuals and families throughout Southern California who believe a loved one has been abused or neglected in the nursing home, assisted living, board and care, or home health care setting. Call (760) 571-5500 or (866) 607-1325 for a free and confidential case evaluation.