Many California seniors seek care in nursing facilities across our state when they find that they can no longer care for themselves or, simply, if they do not wish to continue to live on their own. When deciding to reside in a long-term care facility, no one expects that they will become the victim of neglect or abuse. Unfortunately, as the attorneys at the Walton Law Firm know, elder abuse perpetrated by caregivers is very common. 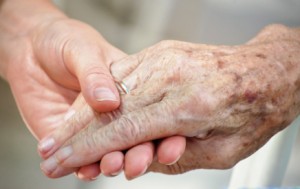 For example, two El Dorado County nurses have recently been charged with felony elder abuse involving the 2008 death of 77-year-old Johnnie Esco. Our Orange County elder abuse lawyers previously discussed the elderly woman’s tragic death because her case revealed the shocking and negligent practice of record falsification at California nursing homes. The 77-year-old suffered from Alzheimer’s disease and was recovering from pneumonia. Her death was caused by staff negligence. Nurses were supposed to closely monitor the patient because her medications gave her chronic constipation, according to an article in the San Jose Mercury News. Their failure to do so left the elderly woman with severe fecal impaction, and she died the day after arriving at a local hospital. Doctors also discovered unexplained bruising on the woman’s body.

The nursing staff’s failure to monitor the elderly woman amounted to nursing home negligence. Prosecutors involved in the case stated in court documents that both defendants “clearly neglected” their patient, causing her to suffer “unjustifiable pain.” Those of us working in San Diego area elder abuse understand there is nothing worse than knowing a loved one died in pain. Even worse, in this instance, the staff at the El Dorado County nursing home attempted to cover up their actions and allegedly altered their patient’s medical records to hide their neglect and abuse.

Record falsification can include providing false information in a patient’s chart or alteration of information in medical records, likely either to demonstrate the patient received adequate care or to conceal mistakes staff members may have made. In this case, the elderly woman’s bowel ailments went untreated and unrecorded. Furthermore, suspicious and irregular charting during her stay at the nursing facility led to a decline in her health. Allegedly, “rote charting”—quickly copying information from a previous shift instead of filling in accurate information—also played a role in the woman’s death.

Making false statements in medical records is against the law in California. Victims are put at serious risk and have the right to bring a San Diego nursing home lawsuit for civil monetary damages. In some instances, criminal charges may also be brought. Under California law, negligent care provided by any person having the care or custody of an elder or dependent adult is prohibited.

The elderly woman’s husband has spent the past four years seeking justice for his wife’s death. For him, the filing of criminal charges in the death of his wife of 60 years came as a welcome relief. “It’s been a quest of mine. It’s all I can think about,” the man reportedly said.