Most instances of California nursing home neglect are indirectly harmful situations –such as when a resident develops problems like pressure sores or experience a deadly fall because staff members failed to provide close care and observation. However, some instances of outright abuse are also reported. These are situations where nursing home employees engage in knowing or intentional actions that harm these vulnerable residents. Our San Diego nursing home abuse attorney knows that these are often the most stomach-turning cases where justice demands both civil and criminal accountability.

One of the more shocking nursing home abuse cases to be brought to light recently involved an apparent “prank” between employees at a long-term care facility with unsuspecting residents used as the props. According to reports, two nursing home workers at the Valley View Skilled Nursing Facility orchestrated a prank where they apparently rubbed down the bodies of several residents with an ointment. The elderly dementia patients were covered from head to foot with the gel so that they would be slippery when handled. The employees wanted to have a laugh with the evening shift of staff members that were arriving. The workers bizarrely assumed that it would be considered funny for the next crew to have difficulty working with the slippery residents.

Fortunately, some of those who learned about the situation did not find it funny and reported the situation to authorities. The full extent of the situation came out during the investigation. The two leaders of the prank were charged with elder abuse while three other employees were cited for failing to report elder abuse after learning about the situation but staying silent. All five employees had their nursing assistant licenses revoked. The Huffington Post reports that last week two of those employees were also sentenced after being found guilty of California elder abuse. They will each spend 20 days in county jail, will be placed on two year probation, and must perform community service. 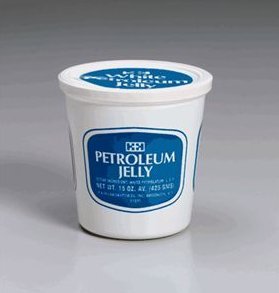 The news was welcomed by all those who understand the prevalence of poor nursing home care and the need to hold abusers accountable. The criminal charge that were filed in this case are rare, as more often than not the only way that this poor treatment leads to punishment is through civil nursing home lawsuits. Our San Diego nursing home lawyer works specifically on these civil suits which operate outside of the criminal system and are usually brought by the family of these nursing home victims.

Unlike criminal cases, civil lawsuits are much more frequently used to hold the nursing home companies themselves liable for the misconduct of their employees at these facilities. Agency rules under the law generally require an employer—like a nursing home company—accountable for those actions performed by their individual employees while on the job. Therefore, while the criminal cases stemming from this incident seek to punish the actual nursing home workers, a civil lawsuit ensures that the company which allowed such abuse to occur is forced to provide redress. All friends and family members of nursing home residents should understand that they have access to these legal tools should the need ever arise to protect the rights of their loved one.