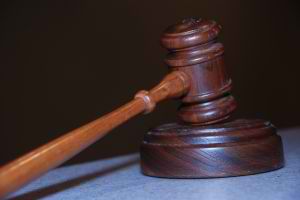 Our San Diego elder abuse lawyer recently explained how elder abuse is reportedly on the rise across the United States. In particular, reports of financial abuse of older Americans have increased, likely due to the tough economic times and the high number of aging baby boomers. However, California lawmakers, elder advocates, and concerned friends and family members are fighting back by proposing and passing laws that provide greater protections for the elderly.

The rising number of reports of California elder abuse and negligent nursing home practices have had at least one positive outcome. They have increased awareness of abuse of the elderly and have led to efforts to punish and prevent such mistreatment. For example, last May, Assemblymember Mariko Yamada proposed HR 13, which established the month of May as Elder and Vulnerable Adult Abuse Awareness Month in California. The bill received unanimous, bipartisan support by the Assembly. The law will bring important recognition to the issue of elder abuse for many years to come.

Another important bill introduced by Assemblymember Yamada addresses gaps in the reporting of elder abuse. AB 40 strengthens elder abuse reporting requirements in long-term care facilities. It requires that mandated reporters of suspected elder abuse in long-term care facilities report the abuse to both adult protection officials and law enforcement. This ensures that both entities receive reports of suspected elder abuse simultaneously so that a criminal investigation occurs with every report of suspected abuse. Such measures are essential to holding abusers accountable for their actions.

More recently, laws addressing specific types of elder abuse have also been passed or proposed. According to an article in Spectrum, California Governor Jerry Brown recently signed into law a bill to combat voter fraud and abuse perpetrated upon senior citizens. The law makes voter fraud against elders a misdemeanor. It also imposes stiff fines on anyone providing care or direct supervision to an elder who coerces or deceives that senior into voting for or against a candidate or measure contrary to the senior’s intent. Lawmakers expressed concern that intimidation, deception, or coercion might come into play when elders participate in elections. The legislation preserves the voting rights of thousands of California elders.

Another law, SB 586, addresses California elder financial abuse, a particularly timely concern. Financial abuse can occur when scammers try to deceive senior citizens into overpaying for services or into paying for services that the scammers never perform at all. It can also happen in negligent nursing homes when staff members take advantage of dependent residents or in a senior’s own home when a caregiver steals money or valuables or cons the elder into giving them away.

The Daily News, Los Angeles reports that a Woodland Hills woman, Liz Sanders, has been instrumental in ensuring that the new law, SB 586, came to fruition. Ms. Sanders’ mother was fleeced out of her life savings when her in-home caregiver used a signature stamp to cash checks, drain her mother’s bank account, and access her mother’s life insurance fund. Banks often issue signature stamps when elderly patrons are unable to physically sign forms or cannot physically come into a local banking branch. The new law would double the penalties for elder and dependent adult abuse. It also seeks to impose new regulations on the issuance of signature stamps by state-organized banks or credit unions.

Our San Diego nursing home abuse attorneys are well versed in elder abuse law. If you are concerned that an elderly friend or loved one has been taken advantage of, please consult a legal professional to learn about this important and frequently evolving area of the law and about the new protections that have been established in California.