Last month, the California Court of Appeals ordered a new trial in a Superior Court of Los Angeles County case that involved a nursing home fall. The case involved a 79-year-old resident, Samuel Nevarrez, who suffered from falls at San Marino Skilled Nursing and Wellness Centre, a facility in Pasadena. The patient passed away, and his wife became a party to the litigation. At trial, a jury awarded Nevarrez $4 million in damages in addition to attorneys’ fees. However, the Court of Appeals ordered a new trial, effectively denying Nevarrez the $4 million jury award.

The Court of Appeals made its decision based on evidence at trial that it decided was prejudicial to the nursing facility. The decision in this case could impact the compensation amount of jury verdicts for victims of nursing home abuse and neglect. If you or a loved one has been injured as the result of abuse or neglect in a nursing facility, you may be eligible for compensation. 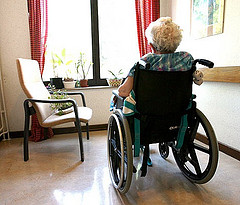 Details of the Victim’s Multiple Falls

This case began when Nevarrez was admitted to San Marino Skilled Nursing and Wellness Centre for rehabilitation in March 2009. According to the facts of the case, he “was alert, but had difficulty standing and walking and was at a high risk of falling.” During March and April 2009, Nevarrez “fell nine times while at the nursing home.” In most of the cases, his falls happened while he was trying to get out of bed or go to the bathroom.

After Nevarrez’s first fall, the facility said he had poor safety awareness and judgment, and that he had been attempting to function beyond his ability. The facility recommended that his bed be moved to the lowest position and that Nevarrez be placed in the “toileting program,” which would require someone to assist the victim whenever he needed to use the bathroom. When Nevarrez fell again, the facility said he was “forgetful” and “impulsive.” The next series of falls led the facility to provide a bedside commode and to add a lap belt and alarm to Nevarrez’s bed. He was supposed to be monitored “visually around the clock,” but his room wasn’t visible from the nurse’s station.

A significant fall later occurred while Nevarrez was using the toilet. One nurse had been in the victim’s room, and another stood in the doorway. Nevarrez “lost his balance, hit his head on the wall, and fell.” As a result of the fall, he had to undergo brain surgery for a subdural hematoma, and he later had a stroke. He was readmitted to San Marino after his surgery, where he fell two more times.

What Did the Court Say?

Nevarrez filed a complaint that alleged elder abuse and negligence, along with a violation of the Patient’s Bill of Rights. The jury found six violations of the Patient’s Bill of Rights “based on inadequate staffing” and eight violations “based on failure to provide Nevarrez with material information.” The jury also found that San Marino was negligent, and that Nevarrez’s injuries were the result of reckless neglect. He was awarded approximately $1.4 million for past and future medical expenses, and $3 million in general damages. The jury also awarded $952,142 in attorneys’ fees.

At that trial, the court allowed evidence of a “class A” citation and a statement of deficiencies issued by the California Department of Public Health against the San Marino facility. This is the most serious type of accusation that the Department can make for a non-fatal incident. The nursing facility appealed.

The Court of Appeals found the admitted evidence to be prejudicial, and that the district court shouldn’t have admitted that evidence. In addition to that finding, the Court of Appeals also ruled that the jury had awarded more compensation to Nevarrez than the statutory maximums allow. As a result, it reversed much of the original jury awards and sent the case back to the trial court.

If you’re concerned that a loved one has suffered neglect at a nursing facility, you don’t want to end up in a situation similar to the Nevarrez case. An experienced nursing home abuse lawyer knows how to handle nursing home abuse and neglect claims in California and can discuss your case with you today.