A recent survey on health and aging reported by the Los Angeles Times suggested that nearly ninety percent of older adults in the Los Angeles area are “confident they will keep up the quality of their lives as they age.” Yet, most of these elderly persons aren’t doing what they need to be doing to take care of their health and general well being, according to physicians and other medical experts. In other words, most seniors assume they willl remain healthy enough to take care of themselves or at least to stay in their own homes, but from the number of nursing home residents in need of significant care, we know that’s not always true.
Richard Birkel, the senior vice president for health at the National Council on Aging, indicated that many elderly persons are currently dealing with chronic conditions like diabetes or arthritis, and a majority of them aren’t taking the necessary steps for healthy futures. Moreover, many seniors who currently reside in nursing home or assisted-living facilities suffer from chronic conditions for which they often receive only limited care from staff. If your elderly loved one may not be receiving the attention that she needs, an experienced elder justice advocate can help. 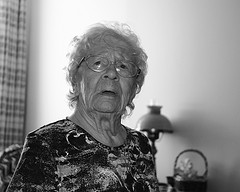 Older Adults Don’t Anticipate Nursing Care
According to the survey, which was conducted with assistance from the National Council on Aging, 4,000 adults discussed their expectations for aging with a variety of researchers. Of the 4,000 people surveyed, more than 1,000 were senior citizens. Based on projections from a study at the University of Southern California (USC), senior citizens will account for about one-fifth of the Los Angeles County population by the year 2030—that’s a very significant number.
Of the seniors surveyed, about 70 percent indicated that they “had at least two chronic conditions,” but almost half of them also revealed that “they didn’t set any health goals in the last year.” Indeed, fewer than 25 percent of those seniors received any kind of assistance with a “health action plan.”

In most cases, these elders believed that there’s nothing to be done about a chronic health problem like diabetes or high blood pressure. Laura Trejo, the general manager for Los Angeles’ Department of Aging, made clear that a general unwillingness to confront long-term health issues head-on is just plain wrong. Trejo indicated that “that’s concerning because there are a lot of things seniors can be doing.”
Need for Healthy Living Plans and Goals
At the rate at which most older adults are going, many are likely to need long-term care in the future. With ongoing problems linked to diabetes, arthritis, and high blood pressure that remain unattended to, seniors are putting themselves at risk of more significant health troubles. Some experts believe that simple steps such as “eating less fried food or taking more walks” can lead to healthier old age. Nearly three quarters of senior citizens believe that “their health will stay the same or get better in the next five to ten years,” but that’s only going to happen if they plan around long-term health goals, according to Birkel. Some commentators believe the high cost of living in California leads seniors in our state to focus on pressing financial concerns rather than long-term health goals, but both are important for a healthy future.

In short, seniors can’t expect to stay healthy without paying close attention to plans for healthy living. And even when we follow the strictest plans for healthy living, the best care might still come from a nursing facility. That’s why it can be especially upsetting when a loved one isn’t receiving the care she needs in a nursing home. If you suspect that your elderly loved one has suffered nursing home abuse or nursing home neglect, you should speak to an attorney as soon as possible. The Walton Law Firm has extensive experience handling these cases and can discuss your claim with you today.

“Senior Gateway” Aims to Educate Seniors and Their Families