How Widespread is ‘Off-Label’ Use?
State statistics vary for nursing home use of antipsychotics. In Tennessee, nearly 30 percent of current long-term nursing home residents receiving care are treated with antipsychotic medications, while the national average is still a large 23.8 percent. The Hartford Courant recently reported that a local Connecticut nursing home was found prescribing antipsychotic drugs to two-thirds of its long-term residents without medical diagnoses that would require the use of these medications. This is called “off-label” use, and some health officials worry that dementia patients are being treated with antipsychotics to control their erratic behavior “instead of treating their dementia symptoms through non-pharmacologic therapy.”

What are the Effects?
While these drugs can be useful for treating certain conditions such as schizophrenia and bi-polar disorder, they also carry serious side-effects. When used for conditions like dementia, patients may be at increased medical risk, as these drugs often have serious side-effects that can include “infections and cardiovascular complications,” and in some cases, death. Statistics on such medical risks don’t account for side-effects that impair quality of life alone. At a Tennessee nursing home, one resident’s daughter described her mother’s daily condition after being treated with antipsychotics: “[S]he couldn’t move. She was catatonic,” further describing her 84-year-old mother with dementia as “dazed and zombie-like.” 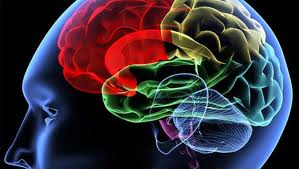 Can Regulations Help to Stop Dangerous ‘Off-label’ Use?
The Hartford Courant indicates that federal standards are very high when it comes to drug safety in nursing homes and assisted-living facilities. These regulations require that a specific condition be diagnosed and documented in the patient’s record before she or he can be prescribed antipsychotic drugs. Additionally, such regulations require nursing homes and assisted-living facilities to make “gradual dose reductions” and “behavioral interventions” in order to limit the use of antipsychotics. Some of this federal supervision is possible since many of the medications mentioned here are provided through Medicare. The Centers for Medicare and Medicaid Services also granted funds for training sessions that would teach employees in nursing homes and assisted-living facilities how to treat dementia patients without relying on antipsychotic medications.

Currently, the FDA also requires that antipsychotic medications have packaging that includes a ‘black box warning,’ which alerts practitioners that prescribing these drugs for elderly dementia patients can have serious consequences, including infection and increased risk of death. Since certain federal standards are in place, better enforcement may be the more significant issue here. According to Toby Edelman, a senior policy attorney with the Center for Medicare Advocacy, nursing homes that overuse medications, especially antipsychotics, should be subject to higher penalties. The current fines are insufficient deterrents, Edelman implies.

Are you concerned that a family member or loved one is being overmedicated? Do you have an elderly parent in a nursing home who is being treated for dementia with antipsychotic medications? Contact an experienced nursing home abuse attorney today to discuss your options.

Related Blog Posts:
Administrators Must Now Be Wary of Criminal Charges for Acts Under Their Watch
Doctor Sentenced in Nursing Home Drugging Case, Others Involved