The University of California Irvine reports that it received a three-year $1 million grant from the United States Administration on Aging in order to help them combat elder abuse involving individuals with dementia. The Program in Geriatrics will use the funds to implement its “Take AIM Against Elder Abuse” program. 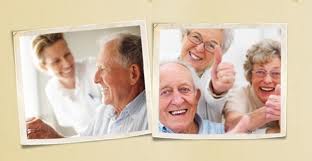 U.C. Irvine is one of five institutions receiving grants under the new federal initiative aimed at testing promising community-based elder abuse prevention practices. The $1 million grant will be dispersed over a three year period. Kathleen Sebelius, the U.S. Secretary of Health and Human Services announced the grant at a meeting of the Elder Justice Coordinating Council in Washington, D.C. on October 10. Dr. Laura Mosqueda, the chair of U.C. Irvine’s Department of Family Medicine and the director of the geriatrics program, also spoke at the council meeting. Dr. Mosqueda was quoted as saying, “The sad fact is that about one of every two people with dementia is abused or neglected. This grant allows us to develop and evaluate a new model to reduce the risk of elder abuse.” Dr. Mosqueda went on to describe the fact that if you look at the abuse statistics and then also look at the fact that one out of every two people over 85 is diagnosed with dementia, then you will see how large the impact of this program can be. The Administration on Aging estimates that by 2030 one in five Americans will be over the age of 65; therefore, the impact of this grant will be even more important down the road.

As of September 2011, U.C. Irvine’s Program in Geriatrics was ranked among the top 50 in the country by U.S. News and World Report. As a result, the U.S. Administration on Aging designated it as the National Center on Elder Abuse. This means that U.C. Irvine’s program is a “clearinghouse” for practical information supporting federal, state, and local efforts to prevent, identify, and respond to instances of elder abuse.

The Center of Excellence on Elder Abuse and Neglect, U.C. Irvine’s geriatrics program, is seen as a pioneer in its efforts to raise awareness and reduce the incidence of elder abuse. It serves as both a national and international model for other programs. The center also operates as a “living laboratory” where new approaches to help eliminate various forms of elder abuse are implemented and measured for effectiveness.

It is important to note the importance of developing new ways to identify and stop all forms of elder abuse. Individuals suffering from dementia represent an especially vulnerable segment of society. The numbers reported show a growing problem that will be exacerbated as the population ages. In 2030, when it is estimated that one in five Americans will be over the age of 65, it will be too late and the numbers will be too vast to try and apply band-aid solutions to the problem of elder abuse.

Individuals suffering from dementia are not only more susceptible to physical abuse and neglect, but they are also more susceptible to instances of financial fraud. That is another aspect of the problem not addressed by today’s announcement, but it is an important consideration. Individuals who currently look after elderly loved ones, friends or family, need to be aware of programs like the one at U.C. Irvine. People must be proactive with the care of elderly loved ones to protect them against all forms of abuse.