Some California nursing homes have altered information or provided false information in patients’ medical records, according to reports in The Sacramento Bee. The investigation into health care recordkeeping illuminates an important issue in the area of California nursing home abuse. When nursing homes falsify records, medical conditions may be concealed and negligent care may be covered up. Our San Diego elder abuse lawyers know that falsification of nursing home records can put elderly patients at risk of serious medical complications or even death. 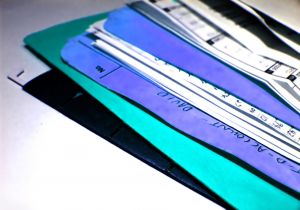 Falsification of nursing home records includes providing false information in a patient’s chart. For example, nurses and other staff members may indicate that a patient received physical therapy on a daily basis when the patient in fact did not.

Record falsification can also include alteration of information in medical records, likely either to demonstrate that the patient received adequate care or to conceal mistakes that staff members may have made. For example, missing paperwork might be recreated. Altered or recreated paperwork might be used to cover up poor outcomes, such as patient deaths or injuries like falls or bruises. Some nursing home facilities have also been caught keeping inaccurate or incomplete recordings of dispensed medications.

To some, a change here or there on a medical chart might seem like a minor infraction compared to the many horrific cases of elder abuse that regularly are reported in the news. But one family knows the heartache that nursing home record falsification can cause all too well. According to The Sacramento Bee, 77-year-old Johnnie Esco suffered the serious consequences of negligent recordkeeping when a nursing facility allegedly lied about the care she received.

In 2008, Johnnie Esco, who suffered from Alzheimer’s, was recuperating from pneumonia and chronic constipation. On doctor’s orders, Johnnie entered a nursing home after her initial hospitalization in order to receive prolonged treatment. Chronic constipation can lead to fecal impaction, which, if untreated, can be life threatening in elderly patients because serious colon complications or infection can occur. However, beginning from the date of Johnnie’s admission to the California nursing home, her bowel ailments went untreated and unrecorded. Allegedly, suspicious and irregular charting during Johnnie’s stay led to a decline in her health. By the time Johnnie reached the hospital, her condition was life threatening. She died the next day.

During the subsequent civil lawsuit for elder abuse and wrongful death, staff members conceded that Johnnie’s “charting” was not always done with precision or care and that “rote charting”—quickly copying information from the previous shift instead of filling in accurate information—frequently occurred. Johnnie’s death likely could have been prevented if the nursing home staff had followed standard health care procedures.

Moreover, the nursing home in Johnnie’s case didn’t merely fail to follow health care standards. They allegedly made false material statements. Making false statements in medical records is against the law in California. Victims are put at serious risk and have the right to bring a nursing home lawsuit against the bad actors for civil monetary damages.

The San Diego nursing home abuse attorneys at the Walton Law Firm are familiar with the heartbreaking consequences that nursing home record falsification can have for elders and their loved ones. Our California elder abuse attorneys have handled cases in which negligent caretakers engaged in nursing home record falsification. If you are concerned that an elderly family member or friend is not receiving adequate care, please seek out a legal professional with the experience and knowledge to protect your rights and ensure that your loved one receives the care he or she deserves.