Do you have an elderly parent or loved one in a Southern California nursing home? A recent study of nursing facilities within our state found that in 20 out of 22 facilities tested, the drug-resistant and often deadly skin infection “MRSA was present. San Diego’s local ABC 10 News referred to it as a “superbug,” and warned that it is “rampant in nursing homes.” MRSA can be scary—it moves quickly, it’s highly contagious, and it can seriously affect elderly residents.

Until recently, researchers tended to focus on the spread of MRSA in hospitals, often neglecting to track the infection in nursing-home settings.

What is MRSA and what does its presence mean for nursing homes in California? Keep reading to learn more about this infection that is resistant to many “common antibiotics” used in nursing facilities.

MRSA
MRSA is an acronym for methicillin-resistant Staphylococcus aureus (MRSA). According to the National Institute of Health (NIH), MRSA infections can be community-based or can form in healthcare settings. Community-based strains are those that begin in the “general outside world” (instead of in hospital settings or other healthcare venues) and are carried into places like long-term care facilities and nursing homes.

MRSA can lead to “bloodstream infections [and] abscesses and pneumonia.” The NIH emphasizes that MRSA infections are especially dangerous in nursing home settings. 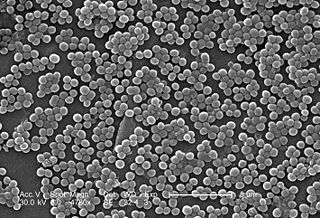 Solutions
Between October 2008 and May 2011, University of California-Irvine researchers visited 22 nursing homes, swabbing the noses of the residents at those facilities. After finding MRSA at 20 of these facilities, the research team concluded that Southern California nursing homes require more “infection control interventions.”

What does this mean? According to Medline Plus, nursing homes physicians and staff must pay more attention to signs of spreading drug-resistant infections. As well, these facilities should employ infection-control measures such as “enhanced environmental cleaning” or “skin decolonization.”

In particular, nursing facilities need to be aware of community-associated strains of the infection. In fact, one of the authors of this recent study indicated that nursing home residents are especially susceptible to the community-acquired strain of MRSA, since nursing homes often encourage socializing.

This means that budgets need to increase. A local Elder Advocacy Center indicated that the high prevalence of MRSA in nursing homes may be due to low staffing—many of these facilities attempt to save money by limiting the number of staff they employ.

MRS Prevalence and Nursing Home Law
When a nursing home detects MRSA infections within the facility, a physician is required to inform an elderly resident’s family, and is supposed to explain how they can help to limit the spread of the infection.

In the local ABC 10 News story, Marian Hollingsworth, whose elderly father resided in a San Diego nursing home, was horrified to find that he contracted MRSA after being in the facility for only a day. She never learned that MRSA had been found in the nursing home prior to her father’s residency, and she also learned that her father had been “kept near the front desk in a wheelchair,” meaning that “everyone who went in and out of the facility was exposed to him.” As a result, Hollingsworth and her family members were unable to touch her father in his final days. She explained that “there were no last hugs, no last kisses, no time to hold his hand as he lay dying.”

If your elderly parent or loved one has contracted MRSA in their nursing home, or if you’re concerned about the duties of your loved one’s physician within their nursing facility, speak to an experienced elder law attorney today.