According to new research from Brown University, elderly Hispanics are more likely to live in inferior nursing homes than their white counterparts.

In an article out in the January 10 edition of Health Affairs, a team of researchers takes the first comprehensive look at the types of nursing facilities Hispanic elderly live in, and how the care at those homes compares to homes that house a primarily white patient population. According to the study, the disparity is sharp.

“The most shocking finding is the pervasiveness of disparities in nursing home care that are primarily white, compared to nursing homes that are a mix of whites and Hispanic residences,” said Mary Fennell, professor of sociology and community health at Brown.

According to Fennell, the study reflects a change in elder care among Hispanic families, which traditionally has used nursing homes less than white or black families. In Hispanic households, care of the elderly is usually provided by adult daughters. But the economic realities of 21st Century America are changing that. Fennell said that the loss of in-home caregivers is occurring as the growth of elderly Hispanics is rising dramatically. 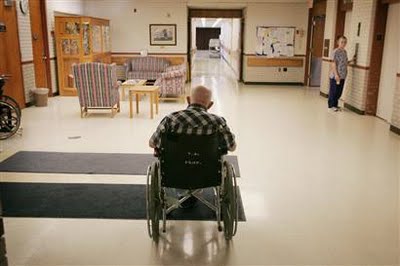 The study found that nursing home residents are increasingly coming from the lower end of the socio-economic scale, and lacking resources for better quality care in assisted living facilities or elsewhere. “People with resources can get into very good places or alternatives for nursing home care,” Fennell said. “Everyone else is left with not-very-good facilities that are not performing well.”

The nursing home abuse and neglect lawyers at the Walton Law Firm represent seniors and dependent adults who have been abused or neglected in the nursing home and assisted living setting. Call (866) 607-1325 for a free and confidential consultation.