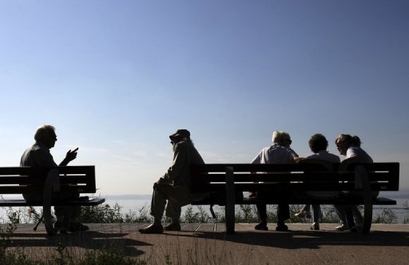 At a time when reports of elder abuse are on the rise across the nation, our San Diego elder abuse attorney knows it is important to be aware of the various types of abuse and the associated signs and symptoms.

Typically, elder abuse or neglect is often thought to be physical or sexual. For example, at negligent nursing homes some indicators of physical abuse may include unexplained bruises or signs of use of restraints such as rope burns or other suspicious marks. Neglect can include untreated infections, serious bed sores, or a lack of proper supervision.

Elder financial exploitation is also common. According to the San Jose Mercury News, 563 reports of financial abuse of people over 65 were filed in one central California county in 2010 alone.

For example, The Monterey County Herald reports that a scheming contractor solicited home repair and remodeling projects from elderly residents in several California towns. The contractor never completed the promised services and then disappeared with the elderly victims’ money. Losses ranged from just over $1,200 to as much as $65,000.

In other instances of elder financial abuse, caretakers, nursing home workers, or others who are close to older victims may take advantage of an elder’s vulnerability and trust. For example, someone close to the victim may remove money from a senior’s bank account without his or her knowledge or consent.

Although the U.S. Administration on Aging states that the number of reports of financial abuse has been on the rise since the downturn of the economy, some elderly victims may be reluctant to report the abuse because of their personal relationship with the abuser. At other times, the senior may not even realize he or she is being victimized. Family members and friends of seniors should be on the lookout for unexplained bank withdrawals and “lost” or “misplaced” credit cards or checkbooks. The disappearance of valuables may also be a sign. Other warning signs include changes in a loved one’s behavior like appearing depressed, angry, or unusually secretive.

Unfortunately, elder financial exploitation also frequently occurs in connection with other forms of abuse and neglect. In fact, in some instances, financial exploitation and emotional abuse of elders may go hand-in-hand. A senior may be afraid to say no to a caregiver when he or she is threatened, intimidated, or made to feel guilty about receiving care. Those taking advantage of an elder may isolate the elder so that he or she has limited contact with others, leaving him or her feeling alone.

Thankfully, our California elder abuse lawyer can guide you to the right resources so that you can recognize the signs and symptoms of all forms of abuse or neglect. If you suspect that a friend or loved one has been neglected or abused, please contact the appropriate authorities and a qualified attorney immediately. Elder financial abuse cases can be reported at your local Adult Protective Services agency or law enforcement agency.

Elder Abuse – What are the Signs?